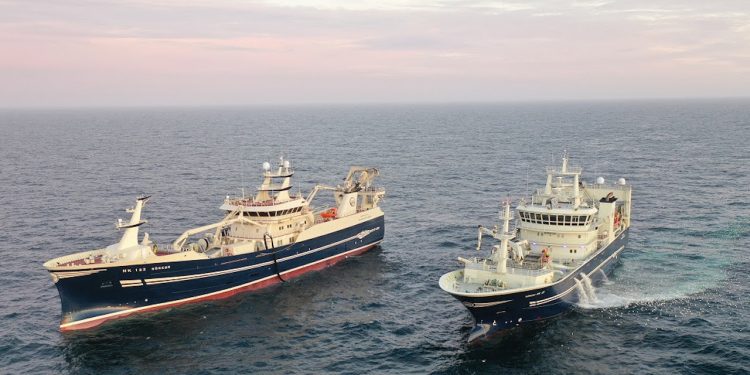 18,000 tonnes of mackerel landed to Neskaupstaður

The Icelandic fleet’s summer mackerel season has started well, despite there being few catches in Iceland’s own waters. The pelagic fleet has been fishing in international waters, and east coast fishing and processing company Síldarvinnslan has maintained steady production.

In the last few days fishing has been slower, with the fleet searching over a wider area for varying catches and the occasional hit of fish. Compared to previous years, the main fishing season in international waters is yet to come, and catch rates can be expected to rise.

Síldarvinnslan’s Beitir docked on Saturday in Neskaupstaður with 1210 tonnes of large, good quality mackerel in its tanks for production at the company’s processing plant, either as wholefrozen or filleted production.

A further 1040 tonnes is on the way, with Börkur II expected to be alongside today, bringing the total this season to around 18,000 tonnes landed to Síldarvinnslan by the company’s five associated vessels working on a co-operative basis.

Catches are pumped into the tanks of one of the fleet, which then steams home with the catch. With turns taken to act as the carrying vessel, this arrangement has worked well, so none of the fleet are steaming long distances for relatively modest landings and ensuring that catches are landed as fresh as possible.

Other fishing companies are now adopting the Síldarvinnslan’s method of operation.

According to Síldarvinnslan’s CEO Gunnthór B. Ingvason, while fishing could have been better, it’s hardly possible to complain about landings of 18,000 tonnes, especially considering last year’s season totalled landings of 23,000 tonnes.

The new Börkur pumping mackerel across into the tanks of Börkur II. Image: Síldarvinnslan/Haraldur Egilsson 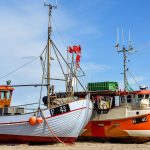