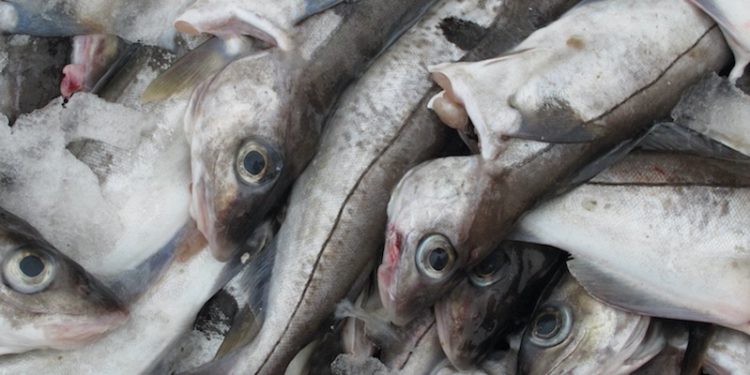 What happened to the haddock?

Haddock worth an estimated NoK200 million went uncaught last year, according to Norwegian research institute Nofima, which has put forward suggestions for the allocation of quotas to be reviewed.

According to Nofima, 17,000 tonnes remained uncaught of the haddock quota north of 62°N, and the situation was similar in 2016. Researchers Edgar Henriksen and Thomas Nyrud claim that the largest quotas go to the coastal fleet, while the deep-sea fleet has the greatest opportunity to utilise this quota – which they state is an imbalance in allocation of quota between the fleet groups allocated quota and those able to catch it.

In a report prepared for Fisheries and Aquaculture Research Fund (FHF) they suggest that allocations need to be brought more in accordance with how fishing is carried out, providing a better basis for those vessels that have demonstrated an interest in fishing for haddock.

The quality of haddock also comes under scrutiny in the report, which finds that the quality is so variable that Nofima’s researchers propose to assess both catch limitation and the introduction of requirements for equipment and skills for those intending to fish for haddock.

The scientists’ clear advice to Norwegian fishermen is to think in terms of quality.

‘When comparing quality measurements with registered quality features, we have reason to believe that the problem of low quality haddock is under-reported,’ commented senior researcher Edgar Henriksen, adding that because the sales system does not generally reward quality, they believe that it may be time for a dramatic reorganisation of Norway’s haddock fishery.

‘If the first-hand market, ie between fishermen and fish buyers, worked in such a way that there was a strong relationship between price and quality, the measures we recommend would not be necessary,’ he said.

Edgar Henriksen and Thomas Nyrud have put forward five proposals that they consider individually and together could contribute to better quality. However, they do not believe that any of the proposals for change in regulations will be greeted with much enthusiasm by the industry.

‘The measures would curb catch efficiency in favour of quality, require equipment that may be expensive, or change the way fish business is done,’ Edgar Henriksen said, pointing out that regulatory measures become a means to avoid a waste of community resources that landing poor quality raw materials represents.’

Their proposals are that there should be:

• Requirements limiting the volume and height of containers for holding haddock.

• Prohibition on landing dead haddock that has not been stored in ice, iced water or slurry ice for human consumption.

• Prohibition on landing dead haddock for human consumption if it has a higher muscle temperature than a specified level relatively shortly after capture.

• Vessels landing haddock living should be exempted from these requirements, but like other vessels, should be approved for this activity.

The Nofima researchers also recommend a re-evaluation of the distribution of haddock quota between fleet categories, changes in regulation such as quota bonuses that favour fishing with hooks to boost quality, a move to address skill levels in handling haddock and a revision of quality requirements, plus looking into the possibility of establishing a certification scheme that could be administered by the Norwegian Food Safety Authority for approve equipment – with non-certified vessels refused registration.