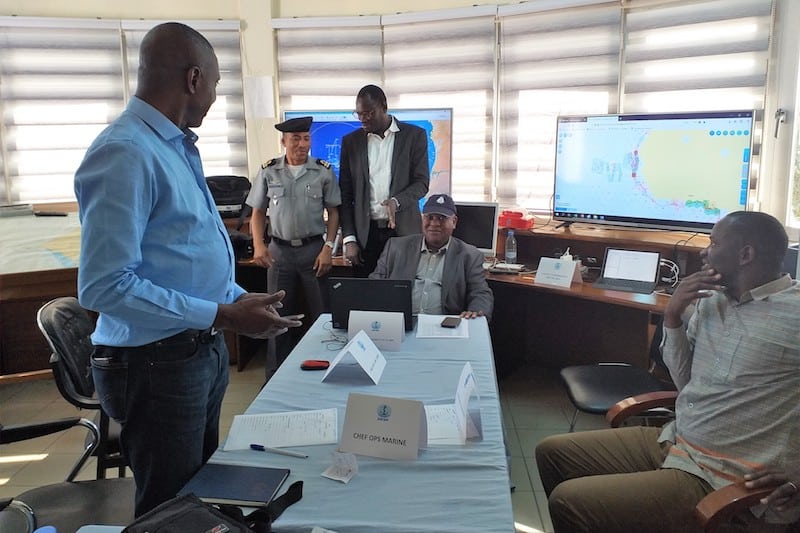 Operation Baptista, a joint fisheries surveillance operation to detect IUU fishing, comes under the EU’s PESCAO project. Under the co-ordination of the Subregional Fisheries Commission (SRFC) and with technical and staff support from EFCA, this is a co-operative joint operation between Mauritania, Cabo Verde and Senegal.

With the Coordination Centre in Senegal, representatives from all participating countries collect and exchane fisheries information data.

The five-year EU-funded PESCAO project includes a component aimed at improve the fight against IUU fishing activities in Western Africa, contributing to sustainable fisheries management and the reduction of food insecurity in the region.

As part of this project, the European Fisheries Control Agency (EFCA) is providing technical assistance to the SRFC and their member countries in order to improve regional co-operation against IUU fishing. EFCA supported the operation through the deployment of one EFCA official in the Coordination Centre. The deployment of an expert from EFCA in one of the fishing patrol vessels also allowed sharing best practices and experiences.

During this operation, participating countries have shared VMS and other fisheries data to get a full picture of the area of operations. With this broader surveillance picture, the fishing patrol vessels were sent to where illegal activities were suspected.

There were 36 inspections at sea that resulted in the detection of a number of potential non-compliances including non-conformatory documentation and the use of illegal gear. The cases and investigations will be followed up by the competent maritime authorities.

Help for holders of capped licences