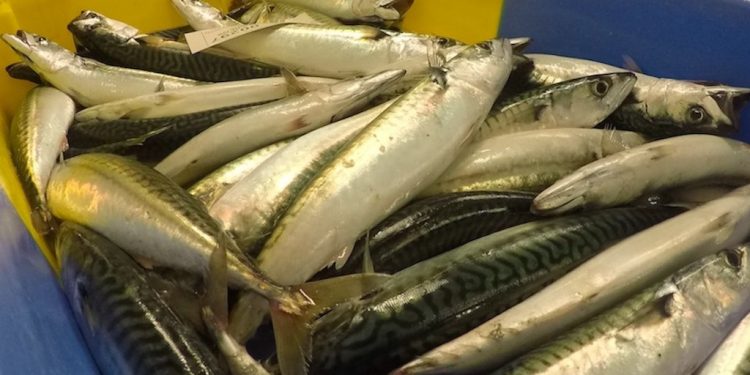 As negotiations take place in London this week between coastal states, the North Atlantic Pelagic Advocacy Group (NAPA) has warned that serious reductions are needed in TACs to counterbalance continued overfishing of mackerel and Atlanto-Scandian herring.

NAPA, which represents a consortium of heavyweight seafood retailers, and the MSC are calling on the coastal states concerned to agree on catch shares – something they have failed to do I recent years – as well as follow the scientific advice and make commitments to long-term management of the three main pelagic stocks.

In 2019 and 2020, MSC certification was suspended for three stocks due to poor governance and inadequate management – Northeast Atlantic mackerel, Atlanto-Scandian herring and blue whiting. Blue whiting also lost its MarinTrust certification, which is conditional upon the MSC standard.

In a public message to the Ministers of Fisheries of the participating coastal states, they warn that these were the signs that significant management reforms were needed.

‘It’s now 2022. No concrete steps have been taken to rectify the fundamental management flaws that are fuelling overfishing in the Northeast Atlantic. For that reason, the global marketplace for seafood is speaking up. The obstacles are entirely political. As Fisheries Ministers, the solution lies with you and your fellow delegates,’ they state.

‘All coastal states must prioritise resolving the allocation issues around these stocks. As this has proved difficult to date, NAPA is recommending a dispute resolution mechanism be employed to prevent unilateral quota-setting and to encourage coastal states to operate within an agreement in the future,’ a NAPA representative stated.

‘In addition, all coastal states should ensure that the overall catch for each stock does not exceed the ICES scientific advice. Each year, coastal states agree to follow the advice and set TACs at the scientific advice level. However, due to a lack of political will to agree on allocations, these TACs are collectively exceeded, year on year. This overfishing must end.’

According to the position set out by the North Atlantic Pelagic Advocacy Group, long-term, multi‐annual management should be the underlying approach by default.

‘All stakeholders benefit from agreeing to and working toward long‐term sustainable management objectives. This includes stable sharing arrangements and harvest strategies comprising precautionary harvest control rules for setting catch limits, a periodic review process, and any necessary mechanisms to transition from previous arrangements to a new system,’ the group’s representative commented.

‘The conditions that have led to this overfishing are entirely political. Coastal states need to agree on catch shares that follow the ICES advice.’

‘Global challenges – like climate change and political instability – may make reaching an agreement more challenging, however, these converging issues also highlight the urgent need to secure the future health of these stocks by progressing a quota share agreement in line with scientific advice.’