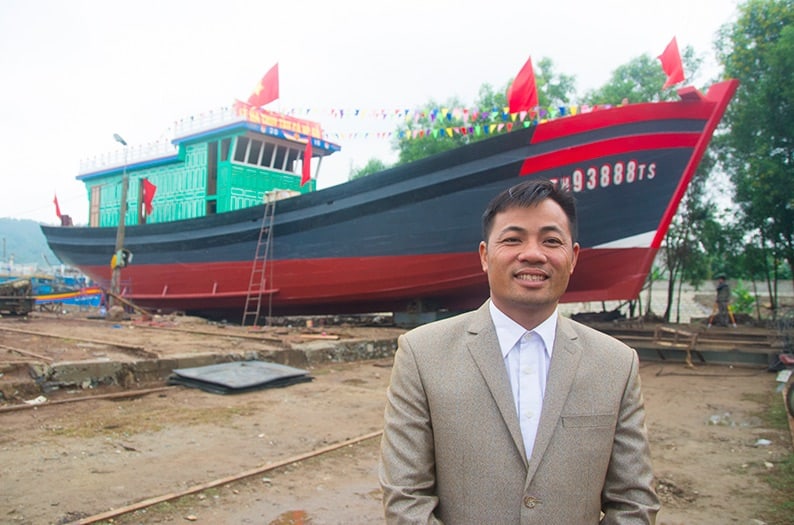 The ageing Vietnamese fishing fleet is gradually being rebuilt and a government programme of soft loans, designated Decree 67/ND-CP, fishermen are building boats along 28 coastal provinces from the north to the south of Vietnam, is contributing to fleet renewal.

Trinh Van Hung currently owns two 23 metre boats and his application was accepted to the government programme to increase the fleet. The local Tuyen Phong Shipyard started work on a 26 metre by 6.20 metre beam wooden vessel that is larger than his existing boats and will be well suited for his drift-net tuna fishery. A typical trip for tuna takes him 150 miles south to Central Vietnam where he fishes off shore with a crew of 12.

In Southeast Asia, converted, second-hand generator engines power many fishing boats. In order to qualify for the loan programme, the new boat is required to have a new, purpose-built marine engine. For his newbuild he opted for a US-made Cummins KTA19 M4. With a 700 HP rating to qualify for a government fuel subsidy, this will give the new boat ample power and will generally be operated at a lower RPM than the specified 2100. The main engine will turn a 1900mm propeller through a Hangzhou Advance gearbox with 6:1 reduction. A small 10 kW genset is enough to meet the vessel’s electric requirements.

For both framing and planks, the shipyard imports round logs from Lao and saws them on their own mill.

According to Nguyen Duc Cuong, a representative of the Fishery Department, explained that the province had an allocation of 65 new boats, of which 16 had been approved and six had already been completed. With security of the fishing fleets a major concern, he added that the Vietnamese government was developing a new communications system to link all the boats.

As Trinh van Hung gave the signal, rockets launched showers of confetti, the flags mounted around the gunwales of the boat snapped smartly in the breeze and the carriage began its slow descent to deliver the new boat to the water.

The pragmatically named TH9388TS floated evenly with space to her waterline, ready to be fitted out alongside and scheduled to sail for the fishing grounds in time for the Lunar New Year.