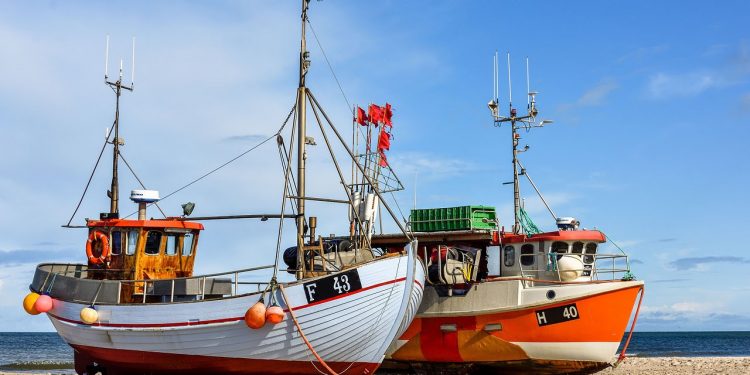 A long round of discussion in Luxembourg has resulted in EU Ministers reaching agreement on catch limits for 2022 for the Baltic’s ten main commercial stocks.

Despite these increases, the reality is that 2022 will still remain an extremely challenging year for Baltic fisheries.

There have been huge quota cuts in recent years for key species such as cod and herring in certain areas, while the poor environmental status of the Baltic Sea – not overfishing – is affecting the sustainability of these stocks.

The Council of Ministers agreed to halve the TAC for herring in the western Baltic, and this can only be caught now as by-catch. In the central Baltic, the TAC is cut by 45%.

Given the lack of progress in cod stocks, the Council has maintained a TAC only for by-catches, slashing by 88% the quota for western cod. The catch limits for salmon in the main basin have been reduced by 32%, although the TAC for salmon stocks in the Gulf of Finland saw a slight increase.

Despite the scientific advice recommending a quota increase for plaice and sprat, the European Commission proposed to maintain the TAC level unchanged. Ministers deviated from this approach and decided to increase the quota by 25% and 13% respectively.

‘We welcome this Council’s decision which balances the socio-economic needs of our fishermen with the long-term sustainability of these fish stocks. More selective trawl gears are available which can certainly mitigate the impact on other species such as cod or herring. Plaice and sprat are now vital for the survivability of our fishing companies,’ said Peter Breckling of Deutscher Fischerei Verband (DFV)
Europêche stresses that due to the significant reduction of the main target species western cod and western herring quota for several years, fishing companies and local associations face a very critical situation.

‘Without enough fish, the infrastructure of commercial fisheries cannot keep working on a viable economic level. Two local cooperatives in Germany already closed down. It is likely that others will follow and severe structural changes may occur. This should also be subject to responsible management,’ Peter Breckling said.

A Europêche spokesman commented that they regret the misinformation campaigns on the state of the cod stock, claiming that this iconic species could be in danger of biological extinction in the Baltic Sea, stating that the reality is that in order to reach Maximum Sustainable Yield (MSY) levels, a targeted fishery is not possible, as in this case, to get the fish stock to healthy levels.

Europêche argues that this has nothing to do with biological extinction. Moreover, before a marine fish stock can be biologically extinct, the fishing companies would go bankrupt.

‘After a significant fleet capacity reduction in all Baltic states and a fishery in line with scientific advice, it is really strange to blame ‘overfishing’ as the main driver for the present situation. At present, natural cod mortality is three to four times higher than fishing mortality, meaning that the cod stock deterioration is largely driven by poor oxygen conditions, migration of its fish prey and high levels of parasite infestations caused by uncontrolled growing populations of seals,’ Peter Breckling commented.

‘This also explains why despite the closure of eastern Baltic cod in 2019 the stock did not react up till now. So there must be other reasons for reducing the productivity of the ecosystem at the moment which should be addressed, yet fishermen always pay the price.’