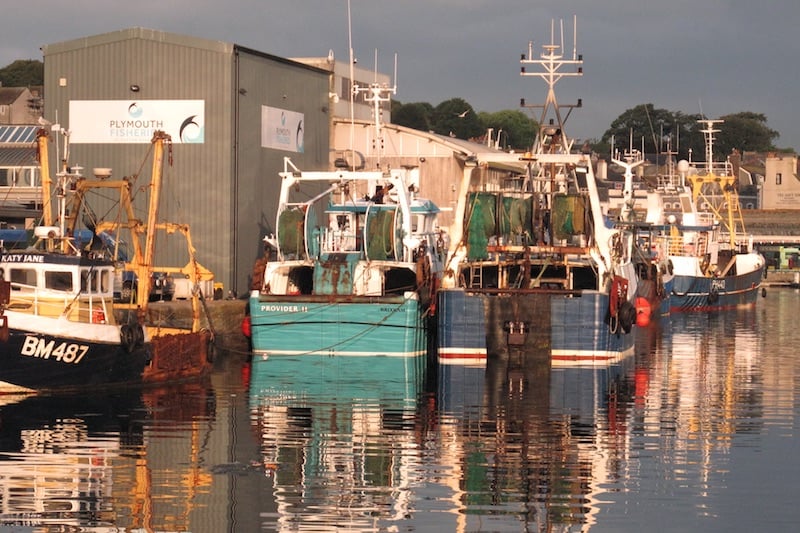 The owners and the skipper of a locally-based fishing vessel have been ordered to pay more than £15,000 after an unsupervised refuelling incident caused almost 400 litres of diesel oil to spill into Plymouth’s Sutton Harbour.

Plymouth Magistrates Court heard that on May 12th this year, Lady L had been refuelling at the Plymouth Fisheries Hub in Sutton Harbour when skipper Jon Green attempted to transfer fuel internally from one tank to another, relying on a mechanical float switch to cut off the transfer when the tank had filled.

He then left the boat unattended to source provisions with his crew while the fuel transfer took place. The float switch failed to activate, resulting in a large amount of diesel spilled into the harbour, going unnoticed because the vessel was unsupervised.

A Sutton Harbour Holdings team immediately launched a major clean-up operation to deal with the spillage, estimated to have involved between 300 and 400 litres of diesel, to prevent damage to the marine environment, as well as to other vessels, and to ensure that no oil leaked out through the lock gates into the Cattewater.

Two cleaning boats, five members of staff and all of the company’s pollution equipment were used in the clean-up operation, which took a considerable number of hours and staff time, and resulted in a large amount of contaminated waste needing disposal.

Earlier this month at Plymouth Magistrates, Jon Green pled guilty to causing the spillage, alongside Steven Rogers, the director of Leedale Trawlers which owns the Brixham-registered Lady L.

Immediately following the incident, Leedale Trawlers were also required to cover a £5600 bill for the clean-up costs, making the total amount payable by the vessel’s owners in excess of £15,000.

‘We hope that the substantial fines and costs imposed by Plymouth Magistrates in this case will send out a strong message to all boat owners and in particular those in Sutton Harbour, whether in the fishing industry or pleasure boat owners, that fuel leaks have very serious consequences, and Sutton Harbour Holdings plc takes all incidents of pollution caused by negligent behaviour very seriously,’ said Pete Bromley, harbourmaster at Sutton Harbour.

‘This utterly avoidable incident resulted in a very large amount of diesel to spill out into Sutton Harbour, going unnoticed for some time because the vessel was unsupervised, and our staff had to work extremely hard for a number of hours to ensure the spillage was contained quickly and the contamination cleaned up and dealt with effectively,’ he said.

He commented that this resulted in considerable costs being incurred, including the cost of disposing of the contaminated waste, as well as staff time and labour, with cleaning crews working late into the evening to deal with this spill.

‘As a result of their quick actions, the spillage had minimum impact on the water quality, and the incident was reported to the relevant agencies, including the Environment Agency and the MMO, as is standard,’ he added.

‘Naturally any incident of pollution is regrettable and will have some impact on the environment – so we hope this court case will help to make boat owners aware of the need to be vigilant when refuelling their vessels, to ensure they prevent oil leaking into the harbour.’

‘The outcome of this case was an excellent result and should send out a strong message to other boat owners of the large financial penalties likely to be imposed if people are negligent about incidents of pollution,’ commented Jeremy Asher, solicitor for Sutton Harbour Holdings.

‘The magistrates in Plymouth ruled that the defendants should have had more rigorous processes in place to avoid such an incident. They have been ordered to pay substantial costs to help offset the amount of money spent by Sutton Harbour Holdings to deal with the pollution caused.’