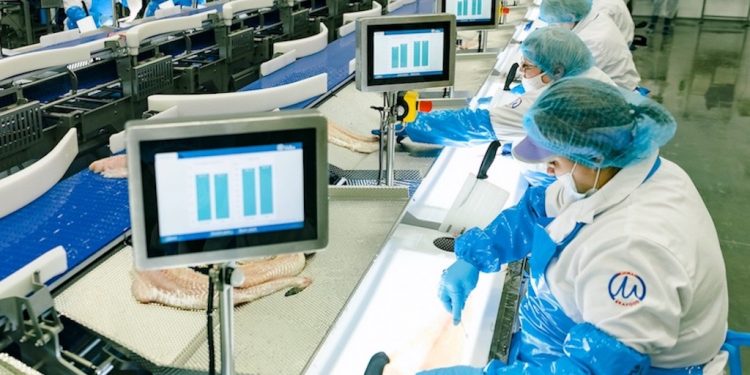 Tariff on Russian whitefish will push up UK seafood prices

A new tariff of 35% is levied on imports of Russian whitefish to the UK, as of this week, with the potential to push up UK seafood prices – as Russia controls around 45% of the global whitefish supply.

This new tariff is the part of the latest round of sanctions announced by the UK against Russia, and this was originally announced in March. It affects seafood imports of Russian origin, although it not applied to production from Russian raw material processed in other countries as this is not deemed to be of Russian origin.

This sanction was originally announced earlier this year but implementation was paused to allow work to be undertaken to understand likely impacts on the seafood sector, according to Seafish Director of Operations Aoife Martin, commenting that ministers are implementing the tariff now following consultation with industry.

‘As the tariff sanction has been long signposted, many seafood businesses have already been looking at alternative options, but any businesses still importing seafood direct from Russian will be impacted when the tariff comes into force next week,’ she said.

‘The UK Government has now implemented this additional 35% tariff on seafood imports from Russia in response to the war in Ukraine. The ongoing situation following the Russian invasion in March continues to have a horrific impact on the Ukraine and the people living there.’

She commented that the UK is not self-sufficient when it comes to domestic landings of whitefish.

‘In 2020 we landed about 47,000 tonnes of cod and haddock but imported over 430,000 tonnes of whitefish. Russia controls 45% of the global whitefish supply so removing this fish from our seafood supply chain will have impacts as businesses try to find alternative sources of supply. Consumers can expect to see different species in their local fish and chip shop. Unfortunately seafood prices may also have to rise.’

The new tariff rate does not apply to shipments that have already in transit, having cleared customs in Russia or Belarus.