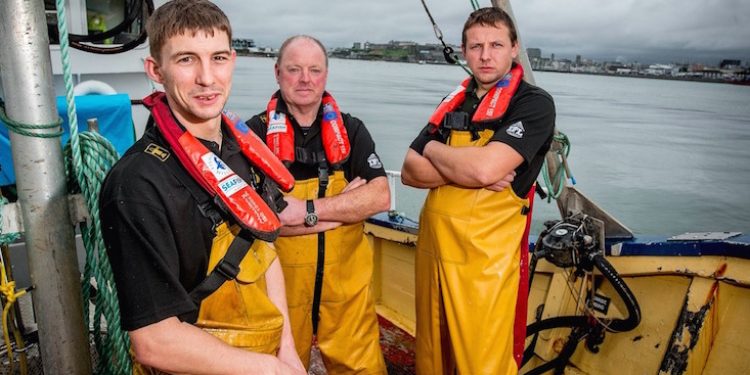 UK supermarket chain Waitrose has announced that all British vessels supplying its seafood should be part of Responsible Fishing Scheme by 2017.

Waitrose made the announcement yesterday at the official launch of RFS in London. The retailer has identified RFS as a key component for Waitrose to demonstrate its commitment to social responsibility within its supply chains.

RFS was one of the first initiatives enabling fishing vessel owners and the supply chain to demonstrate their compliance with industry best practice on board fishing vessels and commitment to responsibly sourced seafood.

Now the revised scheme, which has been re-developed in accordance with the requirements of internationally recognised standard ISO17065 and is in application for ISO accreditation, promises to deliver an enhanced credibility for all of those who sign up. Initially focused on vessels supplying the UK market, the scheme will be rolled out internationally over the next two years.

‘The announcement from Waitrose is a huge boost for RFS and it further marks the intent of the UK seafood industry to be recognised worldwide for its commitment to social and welfare issues,’ said Tom Pickerell, Technical Director at Seafish, said. ‘There is a collective call for seafood stocks to be ethically produced and as a result we are working with fishermen at the heart of the UK supply chain to meet an industry gold-standard which is globally applicable.’

The Responsible Fishing Scheme (RFS) is the only programme certifying crew welfare as well as responsible catching practices on vessels. First launched in 2006 by Seafish, it has been revised to include health and safety of crew on board, following slavery issues that have been reported internationally.

The enactment of the Transparency in Supply Chains provision as part of the Modern Slavery Act 2015 means certain organisations are now required to produce statements on the steps they have taken to ensure there is no modern slavery in their own business or supply chains.

‘We’re proud to add Responsible Fishing Scheme certification to our requirements for the boats that provide our UK landed fish. The issue of human rights abuses in any supply chain is of the utmost concern to our business and one that we believe is a pre-competitive issue that needs to be tackled head on by the industry,’ commented Waitrose aquaculture and fisheries manager Jeremy Langley.

‘It is a credit to the UK fleet that they have been so willing to adopt this important safeguard and we are glad to be joining the list of public supporters of the RFS. We look forward to the international roll out of the scheme over the next two years.”

The announcement from Waitrose follows increasing interest from the UK seafood supply chain ranging from processors to major retailers and food service suppliers who are incorporating RFS as a condition of supply in to their sourcing policies including Young’s, Morrisons and M&J Seafoods.