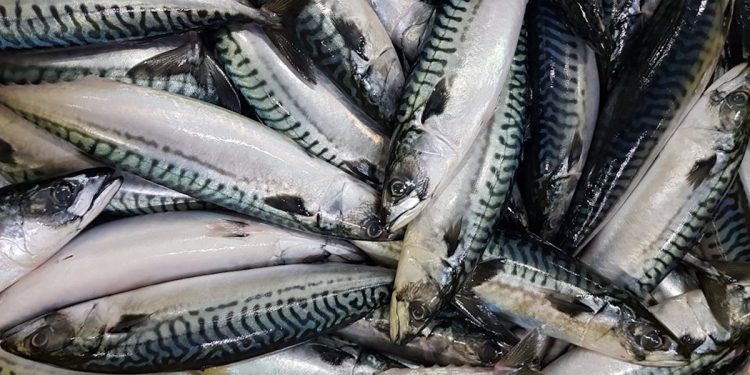 Síldarvinnslan in eastern Iceland has taken landings of 21,300 tonnes of mackerel so far this season.

According to the Neskaupstaður factory’s production manager Jón Gunnar Sigurjónsson, the season has gone well so far, with mackerel processed as head-off, fillets or wholefrozen, but he said that the distance the fleet has to go to catch mackerel has affected production.

‘It causes a few problems when mackerel isn’t being caught right by our front door. They need to go all the way to international waters, which is 30 hours steaming, and fishing has been patchy. All this means it hasn’t been easy to maintain constant production,’ he said.

‘We just finished the 1400 tonnes landed by Beitir and then cleaning went on through the night. We’re hoping for more raw material tomorrow, but there’s rough weather and so that’s not certain.’ he said.

A staff of a hundred are working shifts on mackerel production.

According to Runólfur Runólfsson, skipper of pelagic vessel Bjarni Ólafsson, fishing is no less unpredictable than it has been.

‘Mackerel pop up, and then vanish without any warning, so they aren’t easy to handle. The fish aren’t easily detected on the sounders and might not show up until they are 50-100 metres from the boat. You don’t see them until you’re on top of them,’ he said, commenting that results can vary significantly, even between boats that are towing side-by-side.

‘Sometimes you hit a mark and sometimes you don’t, so it’s down to pure luck,’ he said and aded that the fish they have been getting is better quality than earlier in the season.

‘These fish are firmer and that’s better for production. The fish are mixed and the average weight is 430-460 grammes.’

The pelagic vessels landing to Síldarvinnslan have been co-operating, taking turns to steam home with catches from all four vessels.

‘This co-operation is a very sensible move,’ Runólfur Runólfsson said.

‘It ensures fresher catches reaching production and means we aren’t steaming long distances with small amounts of fish. This co-operation has plenty of advantages.’