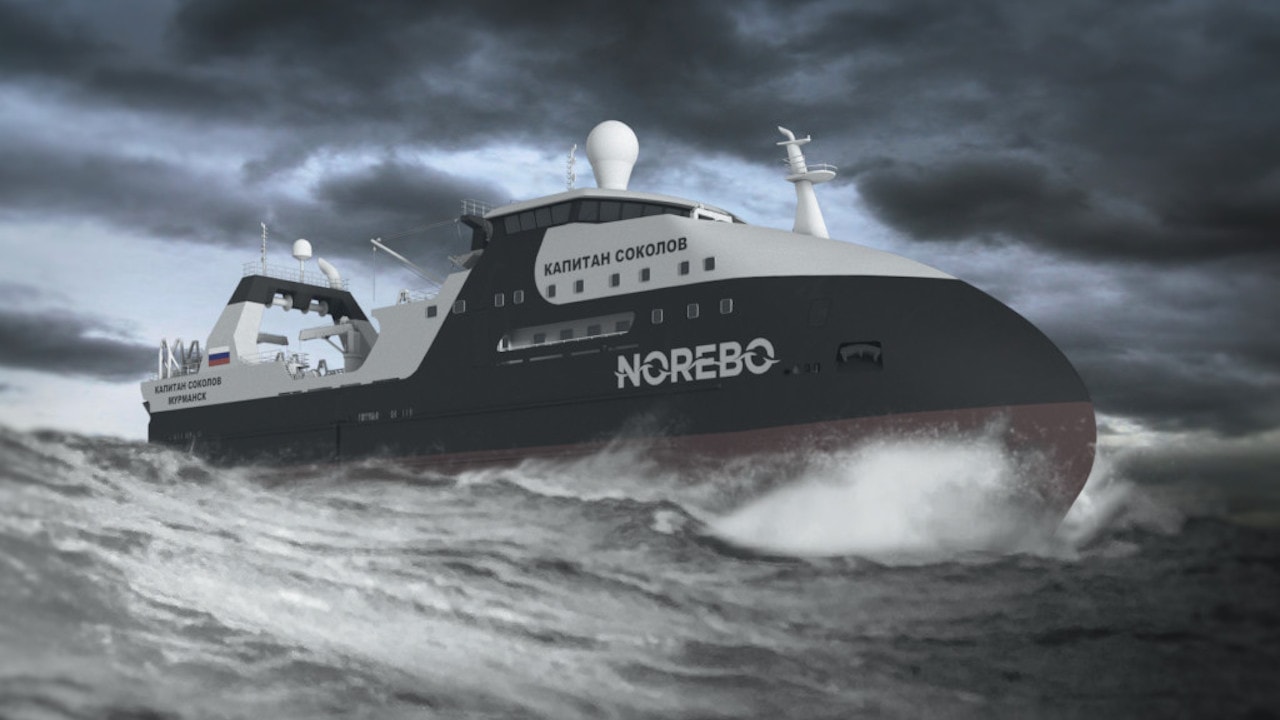 Severnaya Verf (Northern Shipyard) in St Petersburg has started cutting steel for the third in the series of Knarr Rus-designed trawlers for Karelian Seafood, part of the Norebo group.

The keel of this third trawler is expected to be formally laid in July, and it follows Kapitan Sokolov and Kapitan Geller, which are at advanced stages of construction.

The trawlers have a 81.60 metre overall length and a beam of 16 metres, and are designed with an innovative inverted bow.

They will each be fitted with a 6200kW main engine and be equipped with a factory deck capable of handing 150 tonnes per day to produce fillets, mince, liver and fishmeal in a variety of production lines, with a 100 tonne/day freezing capacity. Accommodation is for a crew of up to 80 persons.

Severnaya Verf has fourteen vessels under contract for Norebo, with the original series of six trawlers for fishing in northern waters added to with a further four expected to operate in the Far East, plus four Marin Teknikk-designed longliners; Gandvik I, II and III for fishing company Virma and Marlin for Globus, both of which companies are part of Norebo.