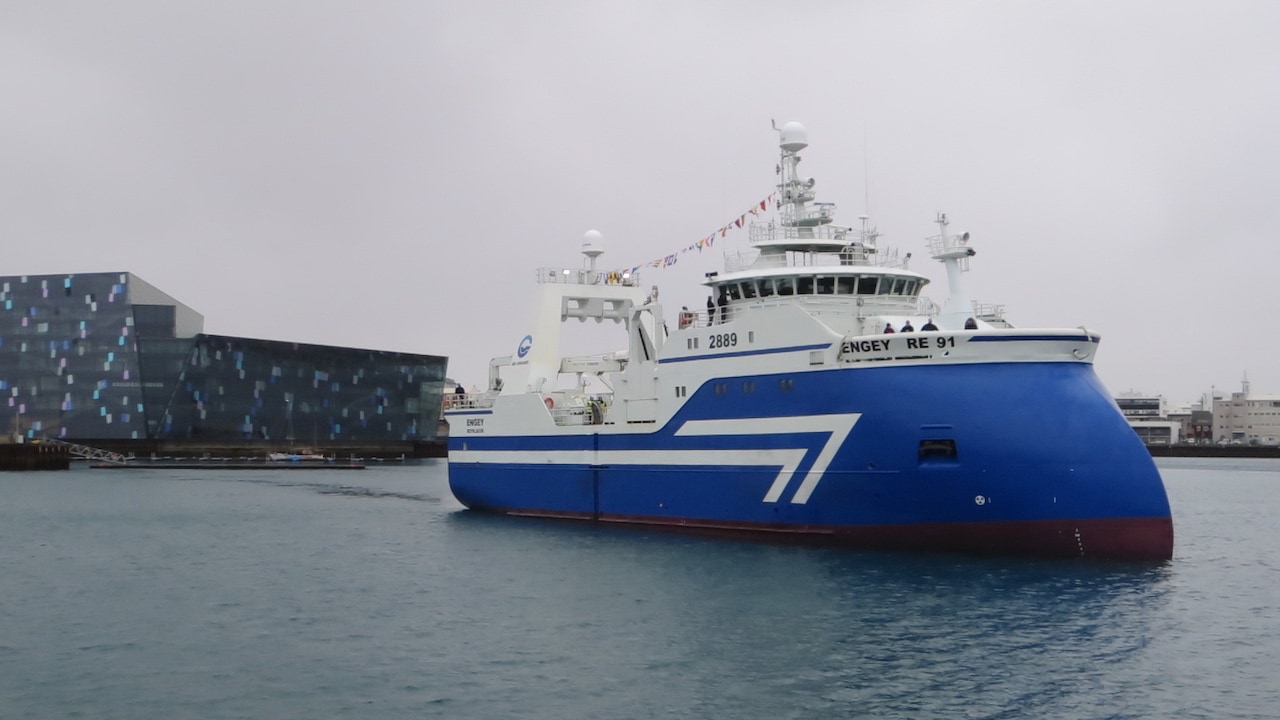 Engey RE-1 has been sold to Murmansk Trawl Fleet

Icelandic fishing company HB Grandi took delivery of three new groundfish trawlers, with the first of the series, Engey RE-1, delivered in 2017.

The company has been going through numerous changes since its ownership changed last year, and this includes changes to the fleet. Engey has now been sold and will be delivered to new owners Murmansk Trawl Fleet this month.
One of the company’s older trawlers, Helga María AK-16, which was laid up earlier this year is due to be brought back into service fishing for HB Grandi’s processing plants. Engey’s crew will be offered berths on other HB Grandi fishing vessels.
Engey was built at the Celiktrans shipyard in Turkey in 2017 and was followed by sister trawlers Akurey and Viðey. The trio are built to a Nautic design with inverted bows, and are fitted with innovative catch handling decks and unmanned fishrooms.
HB Grandi is also building a new factory trawler at the Armon shipyard at Gijon in Spain. This 81 metre Rolls-Royce-designed vessel was scheduled to be completed and delivered by the end of this year.