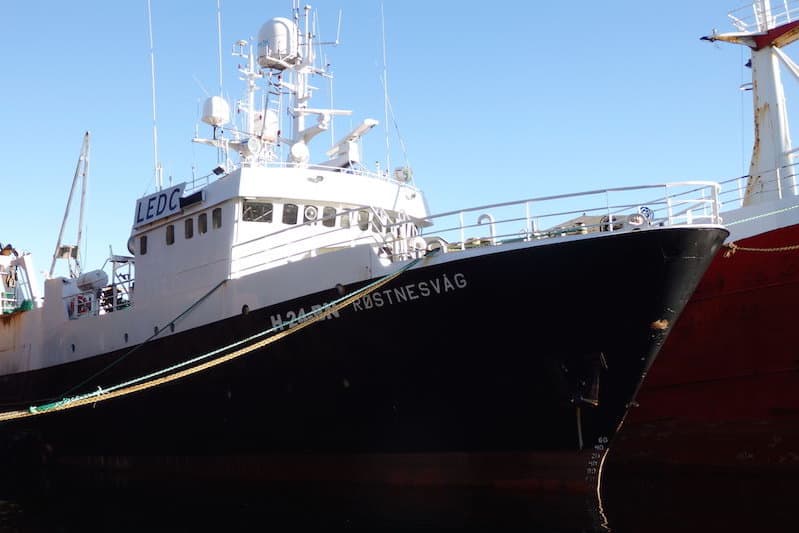 A snow crab gold rush is taking place in northern waters, as vessel operators scramble to establish licences and track records in this growing fishery.

According to a report in Hook & Net, landings of snow crab by the Norwegian fleet have jumped from only a few tonnes landed by a single crabber in 2012 to more than 5000 tonnes last year, plus an even greater amount landed by vessels under other flags.

In 2013 there were three Norwegian vessels catching snow crab and by last year the number had grown to fifteen, with a strong possibility that both the fleet and catches could be doubled this year.

It’s an awkward situation for Norwegian operators, with a general ban in place on catching snow crab and exemption licences issued for vessels that had held sealing or shrimping licences. There has been an involved game of musical chairs taking place with licences switched between vessels to qualify for exemptions, under a regulatory loophole that has since been closed. All the same, there is a number of licences applications in place, plus refusals that are in the process of being reviewed.

Snow crab is an attractive business these days, with a global catch that fluctuates between 120,000 to somewhere close to 160,000 tonnes annually, but the traditional Canadian and Alaskan fisheries have bene suffering as stocks have dropped, believed to be the result of changing sea temperatures, and quotas have been limited.

Snow crab (Chionoecetes opilio) is native to the Pacific Ocean from Japan to the Bering Strait, and was first caught in the Barents Sea in 1996. The largest stocks in western waters are now thought to be around the island of Novaya Zemlya in the Russian arctic.

During 2016, an estimated 80-90% of the snow crab catch was taken in the Loophole, the stretch of international waters between Russian, Norwegian and Svalbard zones.

The last few years have also seen several clashes between Norwegian enforcement vessels and fishing vessels under EU flags as the legal situation has been brought before courts several times, including an incident earlier this year when a Norwegian court ruled in favour of the EU-based side which claims fishing rights in the area, disputing the Norwegian claim that jurisdiction over a static stock like snow crab extends beyond its EEZ.

Check out Hook & Net for the full report