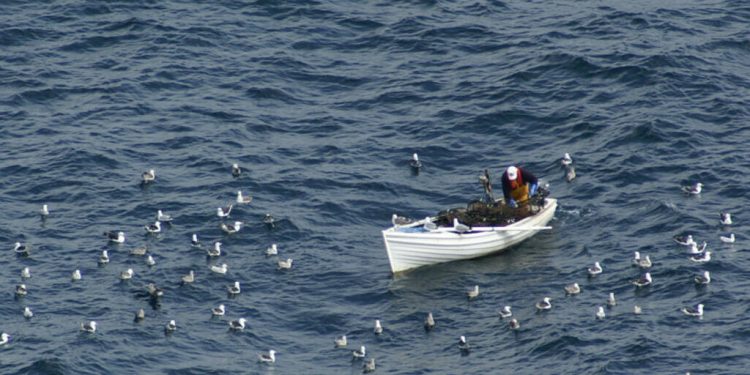 The West coast of Ireland’s small-scale fishermen are struggling with increasingly small margins as fuel prices and other costs are set to soar.

Ireland is one of the only coastal countries in Europe to refuse relief to the fishing industry in the face of rapidly increasing fuel costs, both diesel and petrol have doubled in price since last year, according to the Irish Islands Marine Resource Organisation (IIMRO), a PO representing the smaller end of the fishing fleet.

IIMRO states that Minister for Agriculture, Food and the Marine, Charlie McConalogue TD, has failed to respond to calls from the Irish fishing industry for a fuel rebate scheme to be put in place similar to that which exists in other coastal countries such as France, Spain, Sweden and Italy.

A spokesperson for IIMRO said that without a fuel support scheme, many fishermen will be forced out of business.

‘This would not only have a devastating impact on the livelihoods of fishermen, but would also have a detrimental effect on food security, the rural economy and the island and coastal communities that depend on the fishing industry,’ IIMRO’s representative said.

‘Many small scale fishers cannot access tax rebates available to larger organisations and fuel such as petrol which is used in small vessel outboard engines is outside any relief currently available.’

IIMRO has made a number of representations to the government since the start of the fuel crisis warning that lack of a credible fuel support scheme for the fishing industry could lead to serious economic and social consequences for coastal communities, damaging Ireland’s food security in the process.

It is calling on the Minister to urgently introduce a fuel support scheme for the fishing industry and to ensure that small-scale fishers are not left behind in the short term.

‘The Government must also fast-track research and investment into fossil fuel alternatives with an emphasis on renewable energy infrastructure, cold chains and propulsion so that a smooth transition away from fossil fuel dependency can be made,’ IIMRO states.

‘The Government has committed to supporting communities during this current fuel crisis and needs to show that this commitment extends to all sectors including the fishing industry. IIMRO, which is disappointed by the lack of any support to date, is urging Minister McConalogue to act now to ensure that the fishing industry can weather the storm and emerge in a strong position to meet future challenges.’