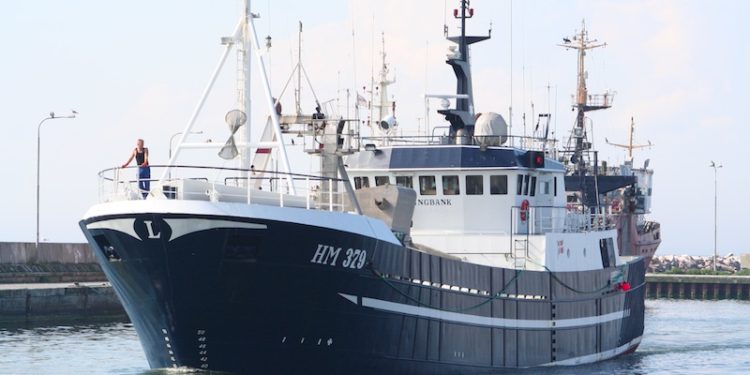 Landings in 2017 totalled 393,000 tonnes of fish worth approximately DKK922 million, or 33% of the overall volume landed in Denmark and up on the 31% figure in 2016. This is despite the negative impact of low prices for industrial species and herring.

‘I am pleased that there is progress in the amount of landed fish. It strengthens the processing activity here in that they are able to source raw material and deliver competitive prices. This means that at Skagen Harbour we can provide competitive infrastructure and service,’ said Willy B. Hansen, Managing Director of Skagen Harbour.

Figures from the National Agency for Economic Affairs show that Hanstholm is the second largest fishing port with 240,811 tonnes of landed fish worth DKK864 million, and Thyborøn is number three with 301,578 tonnes of fish worth DKK666 million.

‘It is interesting that our pelagic industries are able to attract such large amounts of fish and many landings from foreign vessels. This means a lot to the port, as foreign vessels are good customers for many other companies in the port. They constitute an important basis for increased earnings and growth,’ he said.

Fishing is one of four key business areas at Skagen Harbour along with goods and bunkering as well as cruise and maritime services.

Skagen Harbour is working towards stage 3 of port expansion, which includes a land reclamation of approximately 190,000 square metres and 930 metres of new quayside space. The purpose of Stage 3 is to create an even bigger and better framework to support fishing activity.