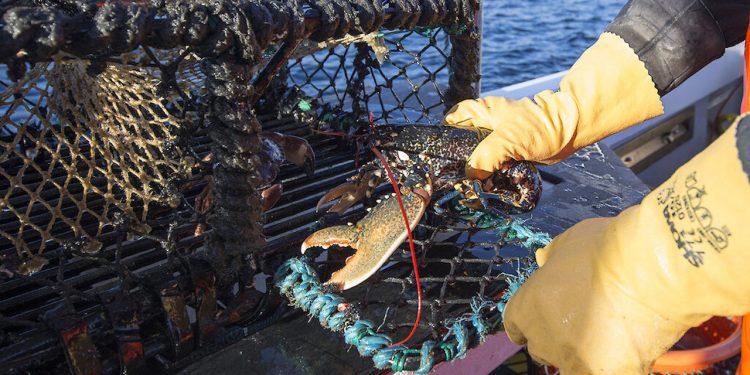 The board of the Shetland Shellfish Management Organisation (SSMO), which is legally obliged to manage Shetland’s commercial inshore shellfish fisheries in a sustainable way, has condemned a “tiny minority” of individuals for trying to undermine its activities.

Directors of the Shetland Shellfish Management Organisation (SSMO), which was established by the Shetland Islands Regulated Fishery (Scotland) Order 1999, said the group of disaffected people were putting at risk the hard-won gains of the past two decades.

They also defended the recent agreement by the Board to select, for one-year terms, new chairman Robert Williamson and vice-chairman Sydney Johnson.

‘Shetland’s diverse fisheries sector is at its best when everyone works together,’ Robert Williamson said.

‘Historically, that has been one of our defining features, and the formation of the SSMO itself was a very good example of people uniting behind a common vision of sustainable shellfish fisheries out to the six-mile limit that are now the envy of other areas of Scotland and beyond. Does the tiny minority of folk who are trying to undermine our work really want to set us back decades by ensuring we lose our sustainability credentials, and in turn the very shellfish stocks that we have worked so hard to preserve, thereby threatening the livelihoods of fishermen?’

He highlighted the Shetland king scallop fishery as still being the only dredge fishery of its kind in Europe to have Marine Stewardship Council (MSC) status, thanks to the management regime which had succeeded in keeping stocks at a sustainable level for more than a decade.

‘With the fishery at the level it is, we are maintaining the stock and achieving a premium price over alternative fisheries at a time when consumers are demanding to know where their produce comes from and whether it is sustainable,’ he said, adding that those who have complained about the way the SSMO Board operates clearly had no concept of the well-established rules set down in its Management Plan.

‘The idea that this is some kind of clique run on behalf of selected interests is absolute rubbish. The very idea that the Scottish Government would sanction the SSMO to act as a cabal is laughable. The chairman and vice-chairman posts are voluntary and with Ian Walterson and Garry Leask standing down, the board felt it was right to appoint myself and Sydney for a year to maintain stability.’

He pointed out that this came after an extensive search to appoint external replacements.

‘If the suitable candidates were to be found in the near term, I see no reason not to step down and facilitate the new appointments. In fact I would welcome such an outcome,’ he said.

‘In the fisheries sector in Shetland it is very hard to find someone with the requisite knowledge and understanding who does not have a relative also working in the industry. However, as is standard in these sorts of situations, Declarations of Interest is a standing agenda item at each SSMO Board Meeting and where there is a conflict of interest you declare that and take no part in any business relating to that conflict. The Chairman does not make all the decisions. As the title suggests, he chairs the board which includes representatives from the community councils, the fish buyers and processors and the different fisheries sectors. In addition, advisors attend from Marine Scotland Compliance and Shetland UHI, formerly the NAFC Marine Centre.’

Ian Walterson having stepped down as a director leaves a vacancy on the board for someone from the Association of Shetland Community Councils.