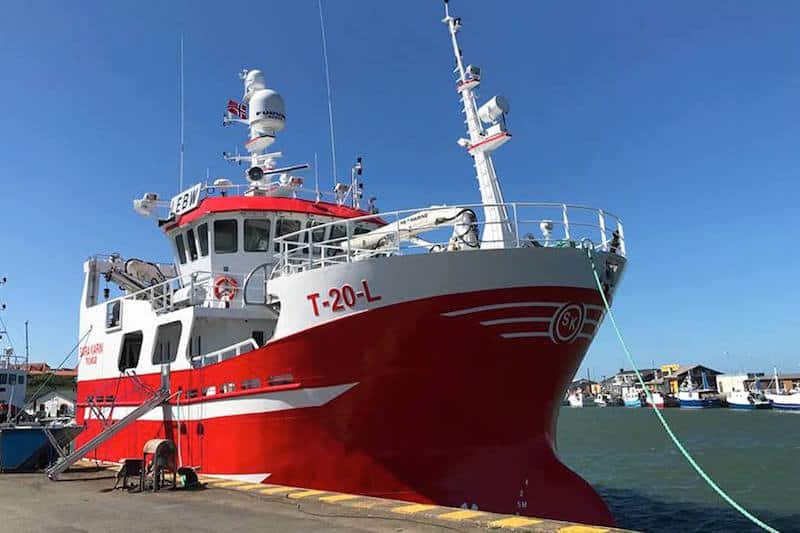 A new seine netter/trawler built in Poland for Norwegian owners is the latest development for a family-run fishing company in the north of Norway.

Erik-Andre Krag and his father Oddgeir went to Marin Design for the layout of the new Sara Karin, which has been built at the Poltramp yard in Poland.

The 19.80 metre overall, 9 metre beam Sara Karin steamed from the Poltramp yard in “6;winouj”7;cie to Hirtshals for the final fitting out of the Intech International catch handling equipment, placing a great deal of functionality in a relatively small space.

Sara Karin is rigged for twin rigging for shrimp, and to operate as a seine netter for part of the year to target mainly cod and haddock. The catch handling area is fitted out to produce H&G roundfish frozen in blocks with a 13 tonne/day throughput capacity, while cooked shrimp go through an IQF process before going to the 90 tonne capacity refrigerated fishroom.

According to Leif Carøe Andersen at Intech International, Sara Karin has been fitted out with a manual gutting table, a Baader 444 heading machine, fish bleeding tanks, fish washers and two vertical freezer for both fish and block-frozen industrial shrimp.

‘We’re mainly seine netting for cod and haddock in the winter season, starting in January and into April-May. After that we switch to shrimp from May to the end of the year. We fish from Lenangen in Lyngen, and also off Andenes and Finmark – and we’re planning to trawl for shrimp off Svalbard if we can,’ Erik-Andre Krag said.

For the full story, check out the July issue of Hook and Net