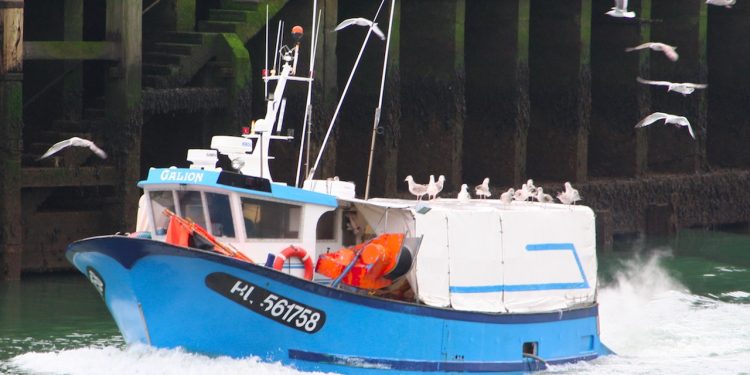 Seeking a new narrative on fisheries

The message is to keep eating wild-caught EU fish – it’s good for your health, it’s good for our planet, and CO2 emissions from fishing are already down by 40%.

That’s the message that European fishing industry body Europêche wants to get across as it sets out to set a new narrative that recognises the sector as part of the solution to global environmental threats.

‘Europêche is ready to challenge some of the myths surrounding the fishing industry and show the hard work of fishermen that goes into putting sustainable seafood on our plates, a reminder that EU-produced wild fish is the healthiest and lowest carbon footprint choice to feed the world and combat climate change,’ a spokesperson for Europêche stated.

European authorities have set a steady course to make the EU the first climate-neutral continent by 2050. Zero pollution, preservation of biodiversity as well as healthy and environmentally friendly food systems are some of the priorities that will influence all EU polices in the upcoming years. According to Europêche, the European fishing industry has taken a front-runner position, confirming a remarkable cut in its greenhouse gas emissions over the last 30 years while delivering the perfect protein.

The bad news is that there is an apparent disconnect between perceptions and reality regarding ocean health, according to Europêche managing director Daniel Voces, commenting that reasons for this could be the fact that bad news spreads faster than good, or the success of misleading campaigns about the state of the oceans which many describe as to be on the verge of collapse.

‘Nothing could be further from the truth,’ he said.

‘After years of good management and reduction of fishing pressure, fish stocks, particularly in the North East Atlantic, have been increasing significantly reaching in only ten years, levels 50% higher than in 2010.’

99% of the landings from EU-regulated stocks, 79% at global level, come from sustainable fish stocks. This appears to indicate that the European catch sector has achieved a good balance between food security and biodiversity. He commented that due to the sector’s decreasing low carbon footprint, 40% down compared to 1990’s levels, seafood is one of the best food choices to ensure climate protection.

‘As guardians of the sea, our fishermen are the first and most interested in taking care of the oceans. For many years they have shown their commitment to responsible fishing, nature, science and seafood supply now and for future generations. Fishing is their way of life,’ he said.

‘It is fundamental to bring the focus of EU policies on the human side of a sector that cares about its people and the planet. Hundreds of family-run fishing companies are working hard to feed the world’s population with the healthiest animal protein there is, even during the Covid-19 pandemic, creating wealth and employment throughout the entire value chain with the least possible environmental impact.’

The fishing industry represented by Europêche has developed a common vision for the upcoming five years for fishing to be seen, by EU institutions as well as civil society, as part of the solution rather than the problem to face global environmental threats.

As part of this new narrative, Europêche aims to communicate the success of good fisheries management and its contribution to meet the Sustainable Development Goals by 2030.

Europêche is the representative body for fishers in the EU representing thousands of vessels, both artisanal and large scale, mainly fishing for direct human consumption. Europêche’s core mission is to promote responsible and sustainable fishing practices that not only ensures a healthy and diverse marine environment but preserves an economically and socially sustainable fishing sector able to contribute to the growing world demand for healthy seafood.

What follows is a Europêche mission statement to form a guideline for the five years to come into how to present the EU fishing industry towards policy-makers, stakeholders and media.
Fishing is one of the oldest and main activities in many rural coastal areas mainly consisting of family-run businesses that provide healthy food, livelihoods and employment.

Thanks to the low carbon footprint of the fishing industry which is being minimised year after year (at the moment down by 40 % if compared to 1990’s levels), seafood is the best choice to fight climate change. Seafood consumption is good for the people’s and planet’s health.

Fishers understand themselves as part of the marine environment, the sea is their workplace, and as such they depend directly on the good health of marine ecosystems. As guardians of the sea, fishers help combat marine pollution through involvement in fishing for litter schemes and smarter procurement of sustainable materials, green technologies and supplies to decarbonise our industry.

There have been many sacrifices in the fishing sector to secure healthy fish populations. In the Atlantic, fishing pressure has been reduced almost by half in the last 20 years, reaching maximum sustainable yield levels (MSY) for nearly 100% of the landings from EU-regulated stocks. As a consequence, fish stocks have been increasing significantly, reaching in only 10 years, levels 50% higher than in 2010. The European catch sector has achieved a good balance between food security and biodiversity.

Thus, in the EU, fisheries are well regulated to ensure a long-term use of renewable resources. Fishing is therefore key to the blue economy and enable a green recovery post-COVID future.
The vision for the upcoming five years will therefore be for fishers to be seen, by EU institutions as well as civil society, as part of the solution rather than the problem. As part of this new narrative, the fishing industry will aim to go hand in hand with the scientific community and meet the Sustainable Development Goals 2030 considering the contribution to food security (SDG2), health benefits of seafood (SDG3), women’s access to the sector (SDG5), socio-economic development in rural coastal areas (SDG 8), innovation and digitisation (SDG9), responsible seafood production (SDG12), low carbon footprint of wild-caught fish protein (SDG 13), the sustainable use of life below water (SDG14), enhance the role of management and law enforcement (SDG16) and find global alliances (SDG17).

The core focus points are to:

1)  Communicate the success of fisheries management. The good state of the fish stocks has proven that effective management is the best tool for conservation and that policy-makers should pursue 100% fisheries management in all sea areas, in line with FAO approach, not arbitrary targets (e.g. 10% no-take MPAs);

2)  Use the vital knowledge and experience of fishers in applying management measures as a powerful ally in the decision-making process and communication. Be rational and credible by compromising where needed, collaborating with policy makers, UN organisation, trade unions, and respected NGOS, being proactive over reactive, and offering solutions not deniers;

3)  Bring the focus point on the social dimension of fisheries, showing the human side of an industry that cares about its people. Explain how policies are impacting fishing communities, labour and safety at sea. Communicate the attractiveness of the fishing profession to bridge the generational gap. Defend the principles of a social economy;

4)  Portray fishers as food suppliers, who even during catastrophic events such as the COVID-19 pandemic, continued to secure daily landings of fresh seafood to our plates in challenging environments. Promote wild seafood as the ‘perfect protein’ and as a safe, sustainable and smart choice that keeps the planet and citizens healthy and happy. Remind consumers and policy-makers that replacing seafood with land-based protein production would cost the world far more in deforestation and biodiversity loss than fishing;

5)  Support the EU in its sustainability leadership without losing sight of the importance of levelling the playing field between EU countries and between EU and non-EU countries by equally regulating all users of the sea. Treat EU and non-EU seafood products equally in terms of import criteria, health, labour standards and trade agreements;

6)  Communicate the need to support our fishers’ hard work and commitment to sustainability by consuming EU-produced fish, which ultimately contributes to self-sufficiency and reduces the Union market’s dependence on seafood imports;

7)  Defend the European external fishing fleet and EU fisheries agreements as the most transparent, accountable and sustainable globally contributing to effective international ocean governance and the development of coastal communities in 3rd countries, providing fish for human consumption not only to the EU but also to developing country’s markets;

8)  Call for access to traditional fishing grounds in face of the current competition over marine space claimed by emerging maritime industries (e.g. renewable energy), to sustain coastal fishing communities and their important contribution to food security;

9)  Fight the myth around the so-called ‘destructive fishing gears’ or ‘monster vessels’ harming the marine environment. There are no good or bad fishing gears nor vessels, it all depends on the sustainable use, good regulation, governance, enforcement and protection of vulnerable areas and species. Uphold and promote a zero tolerance approach against IUU fishing;

10)  Develop a high level of trust in fishing activities to underpin a social license on the actual (or perceived) sustainability performance of fishing businesses. Collectively and concertedly feed policy-deciders and media outlets with best practices and good initiatives from the sector, contribution to sustainable development (including the health and welfare of society), compliance with law, and the transparency and ethics of responsibility.