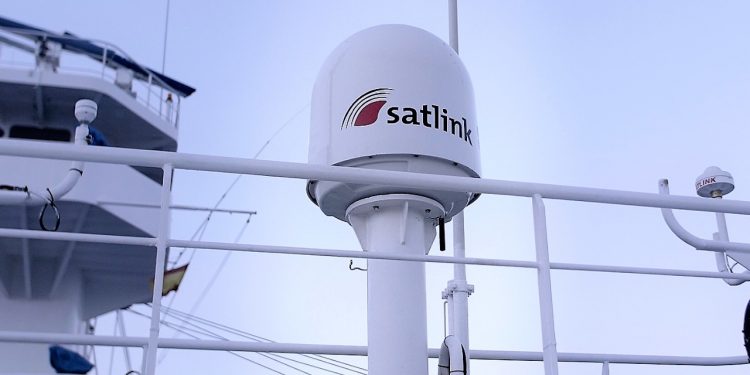 According to a study conducted by Spanish technology company Satlink, the introduction of flat-rate satellite maritime broadband has had a special impact on the Spanish fishing fleet.

Satlink’s study concludes that the benefits lie in the digitalisation of operations, with particular relevance to aspects of sustainability, and in the improvement of communications in deep-sea fishing, as crews now have the ability to contact their families, making a decisive contribution to the social sustainability of the Spanish fleet.

According to the data from this initial study, which has taken the long-distance tuna fishing fleet operating in the Indian, Pacific, and Atlantic oceans as a reference, the implementation of these new services is having an impact on the increasing use of selective smart buoys. These buoys are capable of transmitting data to catching vessels, detailing stock data. This capability has direct relevance to sustainability, as it makes it possible and select fishing operations to minimise catches of juveniles or restricted species.

Since the launch of these selective buoys by Satlink in the second half of 2017, the replacement of this type of buoys is beginning to spread, especially in the Indian and Atlantic oceans, with growth rates of over 20% year-on-year in the last two years and with a forecast of over 30% growth by 2021.

‘Fleets are faced with limited buoy use per vessel and increasingly restrictive fishing quotas in the Atlantic and Indian Ocean, and fishermen are increasingly in need of such a tool. The selective buoy allows them to adjust their activity, respecting quotas, improve the sustainability of fish stocks and ostensibly reduce the carbon footprint of their operations by requiring shorter navigation distances,’ said Satlink’s president Faustino Velasco.

A further service to promote the sustainability of fishing activity that has increased considerably with the introduction of satellite technology is the electronic observer. These systems make it possible to video record fishing activity on board to subsequently analyse the images and evaluate practices in the treatment of by-catches -catches of species not targeted by the vessel- or compliance with regulations, both in terms of fishing activity and working conditions on the vessel.

Satlink states that the recording of ‘days at sea’ in the case of the tuna fleet, has increased at a rate of 30% year-on-year since the incorporation of broadband technology on vessels. In 2016 there were a total of 2896 days of recorded activity, in 2020 this figure rose to 8000 days, in many cases with simultaneous presence of electronic and physical observers under the control of the flag state or a coastal state, allowing the coverage of observer schemes to be extended and thus ensuring that the observer can continue to carry out his scientific work from land thanks to the technology.

From the point of view of social sustainability, following the complete installation of these systems (in the second half of 2019) on the first 28 vessels of this fleet, 404,407 minutes of calls (6740 hours) were made in 2020, with an average consumption of six hours for each of the 1100 seamen working on board these vessels.

Of this total, the highest percentage by half-year occurred during the first half of 2020, with 229,769 minutes of calls, coinciding with the lockdown imposed by COVID-19 and which forced many crews to extend the period away from home due to the difficulties involved in relieving them.

In the case of data traffic (social networks, instant messaging, or streaming content), the analysis covers the period from December 2020 to February 2021, and the situation is the opposite, with ships operating in the Pacific registering the highest consumption with 10,900GB, followed by those in the Atlantic with 4500GB and, lastly, those in the Indian Ocean with 2500GB.

Satlink explains this as being due to the greater distances the Pacific fleet needs to transit to reach fishing areas.

Next steps in technology

One of Satlink’s latest developments is a digital system that brings together on a single screen all the information needed to optimise fishing activity. To this end, the system integrates real-time data and forecasts of all aspects that affect this activity, such as meteorology, oceanography, fish shoal movements or typologies, among others. The system allows fishermen to make more informed decisions, improving the sustainability and efficiency of tuna fishing.

‘Fishing is an art and there is no doubt that it will continue to be so, but new technologies are going to revolutionise this activity just as they have done in other market sectors and industries,’ Faustino Velasco said.

‘The fishing sector is not going to remain on the sidelines, and technology and digitalisation are going to help shipowners and fishermen to develop their activity in a more efficient, sustainable and closer way.’