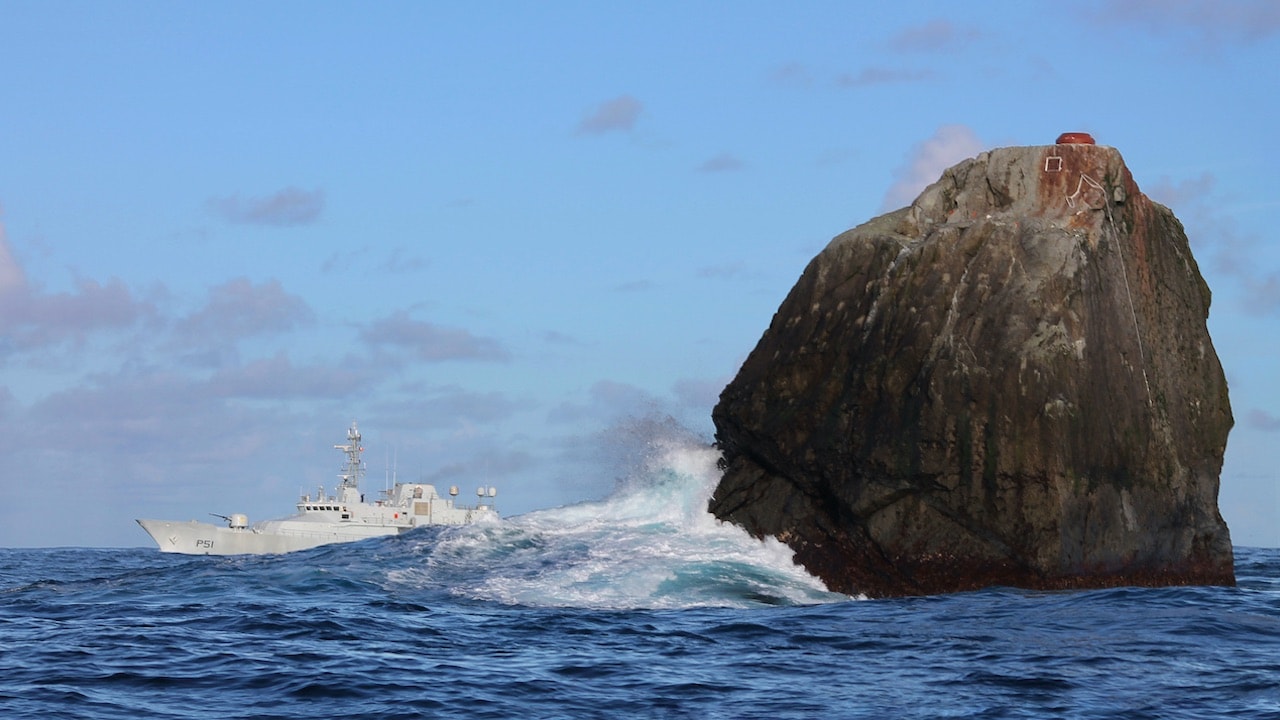 A dispute between Irish and Scottish government has flared over threats of enforcement being carried out against Irish fishing vessels operating around Rockall – an area that has been the subject of a longstanding dispute.

The Tánaiste and Minister for Foreign Affairs and Trade, Simon Coveney TD and the Minister for Agriculture Food and the Marine, Michael Creed TD have received formal notice from the Scottish Cabinet Secretary for External Affairs Fiona Hyslop MSP, stating that Scotland will seek to take ‘enforcement action’ against Irish vessels found fishing within 12 miles of Rockall from this weekend onwards.
Jurisdiction over the 12 mile zone around Rockall has long been disputed. The position of the Irish Government has been and remains that the waters around Rockall form part of Union waters under the Common Fisheries Policy, to which the principle of equal access for the vessels of all EU Member States applies.
Irish vessels have operated unhindered in the Rockall zone for many decades fishing haddock, squid and other species.
The Scottish Government raised the issue of access to the 12 mile area around Rockall for the first time in 2017, following the Brexit Referendum.
There have been discussions and exchanges between the Tánaiste, the Minister for Agriculture, Food and the Marine and their officials and their Scottish counterparts over the past two years. Ireland’s position has been strongly made that there is no basis for excluding Irish fishing vessels from the Rockall waters as they are legitimately pursuing EU fishing opportunities in these waters and have done so unhindered for decades.

‘The Tánaiste and I have worked very closely to avoid a situation whereby Irish fishing vessels who have been and continue to fish for haddock, squid and other species in the 12 mile area around Rockall, are under the unwarranted threat of ‘enforcement action’ by the Scottish Government,’ Michael Creed said.
‘However, following this sustained unilateral action by them, I have no option but to put our fishing industry on notice of the stated intention of the Scottish Government.’
Minister Creed held a meeting with fishing industry representatives to explain the situation and to advise them of the threat of enforcement action against our fishing vessels by the Scottish authorities.
‘I held a difficult but necessary meeting today with our fishing industry representatives. I am very disappointed to have had to make them aware of the risk of enforcement action against them for fishing legitimately in the waters around Rockall. The industry representatives understood the situation facing Irish vessels but are justifiably concerned at this action being taken by a fellow Member States where our industries are closely connected,’ he said following the meeting.
Simon Coveney stated that the longstanding position of the Irish Government is that Irish vessels are entitled to access to Rockall waters.
‘We have never recognised UK sovereignty over Rockall and accordingly we have not recognised a territorial sea around it either. We have tried to work positively with the Scottish authorities and to deal with sensitive issues that flow from it in a spirit of kinship and collaboration,’ he said.
‘We very much regret that matters have reached this point and intend to do everything possible to achieve a satisfactory resolution.’
Rockall has been the subject of a number of claims over the years, and was claimed by the UK in 1955, subsequently becoming part of Scotland. While Ireland has never recognised the UK’s claim to the uninhabited rock, neither has it claimed it, maintaining a position that uninhabited rocks and skerries should not form a basis for territorial claims.