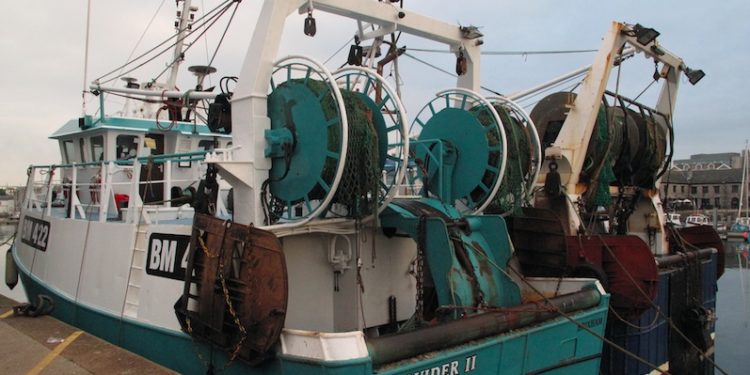 Pete Bromley, harbourmaster at Plymouth’s Sutton Harbour, and Mat Bailey from Brixham Trawler Agents are involved in the Responsible Fishing Ports Scheme, currently being established by the British Ports Association and modelled closely on the Seafish Responsible Fishing Scheme.

‘It’s designed to provide an accredited standard for points of first sale, with recognised standards that let supermarkets check that traceability is in place and there’s no contamination,’ Pete Bromley said.

‘This is now underway and Mat from Brixham and I are part of this to ensure that the standards aren’t to the detriment of auctions with older infrastructure. The second draft is out to consultation now and we expect to see this rolled out next year,’ he said, commenting that supermarkets, the MMO and the MCA are involved in formulating the RFPS, along with representatives of various ports and harbours.

‘It provides standards that the supermarkets want to see, and we are there to make sure it has credibility,” he said. “It’s a good thing if it helps lift the value of fish – and if the fishermen make a living, then so do we.’

He said that Plymouth’s auction has grown steadily since the new market was set up almost twenty years ago, attracting around 65% of the fish sold from other ports.

‘We’re in a good position here,’ he said. ‘In this part of the Channel there are scallops and lemons, and we’re huge in cuttlefish – and we’ve never had a bad cuttle season. Without a large local fleet of our own here, Plymouth has become a hub for transient fishing vessels and for the smaller ports around the south-west. We have fish coming here from Newlyn and even from South Wales.’

‘We’re here to help make the south-west fishing industry sustainable and viable, and we know the position skippers are in having to keep costs down and the pressures in keeping boats profitable, especially with the haddock quota being 25% down.’

‘What we aim to do here is to provide a one-stop service and we do our best to look after the fishermen who land here or send their fish to Plymouth,’ he said, adding that the auction also provides a more central role as the focal point for other services.

‘There’s a crucial infrastructure for that has to be there to support fishing, and the auction provides a framework for all those shoreside facilities,’ he said, commenting that ice, power, fresh water and other services are all part of the package.