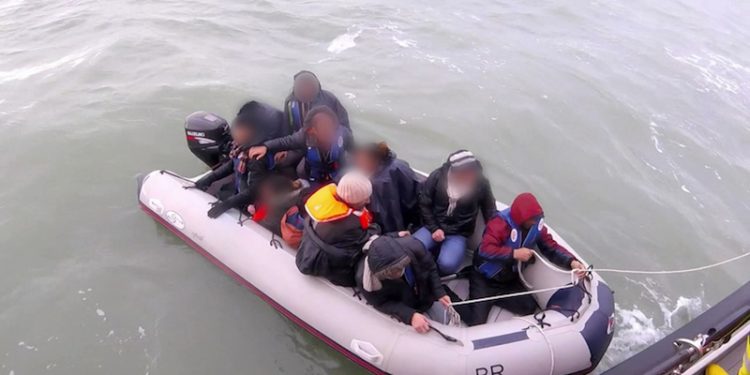 After extensive lobbying from the UK Chamber of Shipping and international seafarers’ union Nautilus International, the UK Government has confirmed it has tabled an amendment to the new Nationality and Borders Bill which expressly exempts seafarers who are required by law to rescue people at sea from criminal prosecution.

The original draft of the Bill left open the possibility that seafarers may be convicted for saving the life of someone in distress. However, in a letter to the Chamber and Nautilus International, Home Office Minister Tom Pursglove MP confirmed that the new ‘amendment puts it beyond doubt that organisations and individuals who rescue those in distress will not be convicted for people smuggling offences.’

‘The UK Chamber exists to lobby government and champion the interests of its members, and that is exactly what we have done here,’ commented UK Chamber of Shipping Chief Executive Sarah Treseder.

‘The Bill as written was unacceptable to the Chamber and our members who have the safety of their employees to the fore and I am pleased the hard work and engagement with the Home Office has led to this policy change, protecting seafarers from any unfair prosecutions.’

Back in July 2021 the Chamber and Nautilus wrote a joint letter urging the government to ensure that crews would not be criminalised for rescuing distressed persons at sea and bringing them ashore in the UK.

In a response to the letter, the Home Office Minister at the time Chris Phillip made assurances that the ‘Nationality and Borders Bill targets ruthless criminal gangs who put lives at risk by smuggling people across the Channel’.

Dissatisfied with the response, which left it to guidance to clarify the intention of the law, the Chamber and Nautilus pursued legislative clarity, and issued another letter to the Home Office.
Only now has the Home Office confirmed these changes will be made in legislation and therefore assured seafarers will not be criminalised for recusing people at sea.

‘The government’s amendment is a substantial change and offers seafarers the required reassurance that they will not be criminalised for carrying out their professional duties and legal responsibilities under international conventions,’ stated Nautilus General Secretary Mark Dickinson.

‘Our fear was that the original wording of the bill implied a blanket criminal offence, with no carve-out or defences. Together we have achieved a very good outcome and I am pleased the government listened to the industry’s concerns.’