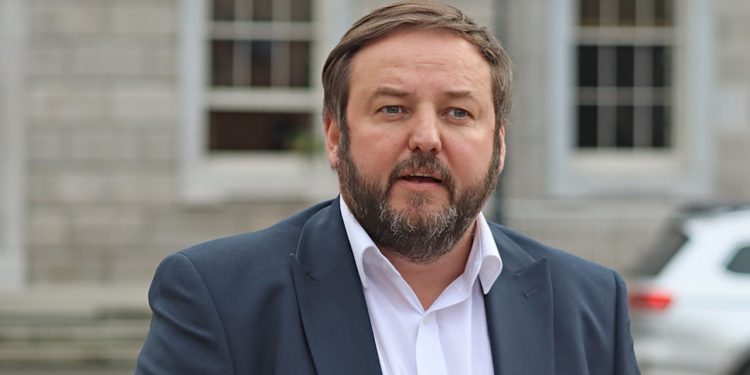 Protest must be a wakeup call for Irish government, says Sinn Fein

Sinn Féin spokesperson on Fisheries and the Marine, Pádraig Mac Lochlainn TD, has stated that the flotilla of protesting fishermen in Cork earlier this week has to be a wakeup call for the Minister for the Marine, Charlie McConalogue and the Irish government.

‘This protest today will come as no surprise to anyone who has been paying attention to our fishing communities across the State. There was already outrage at the outcome of the Brexit EU/UK Trade Agreement, that took even more fish quota away from our Irish fishers,’ Pádraig Mac Lochlainn said.

‘But the final straw has been the recent wilful failure of the Minister and the Sea Fisheries Protection Authority (SFPA) to defend the integrity of our Irish seafood industry, in the face of unpublished allegations by the EU Commission that there has been substantial overfishing and illegality in the industry.’

He commented that this failure to defend the Irish fishing sector has resulted in the EU Commission withdrawing the fishing Control Plan and insisting that all fish are weighed at piers and harbours rather than at processing plants.

‘This is not just a huge inconvenience to our fishers; it also impacts on the freshness and the quality of our seafood product in a demanding international market. It is a standard not demanded of fishers from other EU States as they land in their own piers and harbours,’ Pádraig Mac Lochlainn said.

‘This protest today in Cork must act as a wakeup call for Minister McConalogue and the government. The Minister recently engaged with fishers and fish producers around the coast in online meetings. He should have no doubt of what he needs to do,’ he said, stating that it is time for the Irish government and State agencies such as the SFPA to show an urgency and a respect for fishermen and fish producers.

‘They need to stand up for them in Europe. They need to speak the truth about the injustice of the huge amounts of fish taken from Irish waters over the years by the fishing fleets of other EU States, to the real detriment of the Irish coastal communities staring out at those waters,’ Pádraig Mac Lochlainn commented.

‘They need to demand fairness rather than to meekly allow our industry to be isolated, criminalised and unjustly punished.’