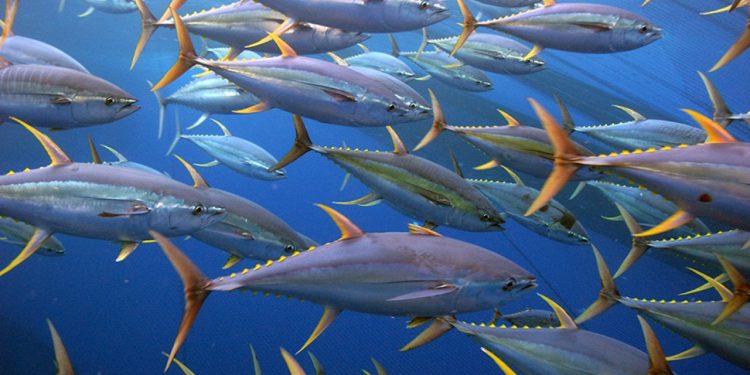 The Indian Ocean Tuna Commission (IOTC) held its 23rd Annual Meeting in Hyderabad last week and the EU has welcomed the adoption of ambitious measures to improve the management of FADs and offset their possible negative impacts on the ecosystem, and the retention ban on manta and mobula rays.

Despite this positive opening, the EU Commission stated that there is still much to be done to reach the sustainable management of stocks covered by the organisation’s mandate, in particular yellowfin tuna.
One of the meeting’s most positive outcomes is the adoption of ambitious measures on Fish Aggregating Devices (FADs).
The IOTC established a series of measures to set the highest standards in all RFMOs. FADs numbers are to be further reduced to 300, with increased monitoring and data collection.
The IOTC also made it mandatory to have completely non-entangling designs for FADs to reduce the possibility of catching non-targeted species. As of 2022, all FADs will have to be made of biodegradable material, in line with the EU efforts to reduce marine litter.

In addition, the adopted measure contains a set of clear definitions, improved standards for data collection, the establishment of a marking scheme and strengthened control procedures. The result is the outcome of the joint efforts of the EU and many IOTC members, which have resulted in improving the original EU proposal.
The IOTC also endorsed a proposal tabled by the EU on mobulids, namely the interdiction on retaining on board any manta and mobula rays for all vessels operating in the IOTC convention area. The ban was recommended by the IOTC Scientific Committee to protect this endangered species. Artisanal fisheries are exempted from this ban but only for accidental catches and until 2022.
The EU states that it regrets that the new conservation measures on the yellowfin tuna were not sufficiently ambitious to reduce current overfishing but welcomes the strengthening of compliance related measure.
The IOTC members are Australia, Maldives, Mauritius, China, Mozambique, Comoros, Oman, Eritrea, Pakistan, European Union, Philippines, France, Seychelles, Guinea, Sierra Leone, India, Sri Lanka, Indonesia, Sudan, Iran, Tanzania, Japan, Thailand, Kenya, the United Kingdom, South Korea, Madagascar, Yemen and Malaysia.