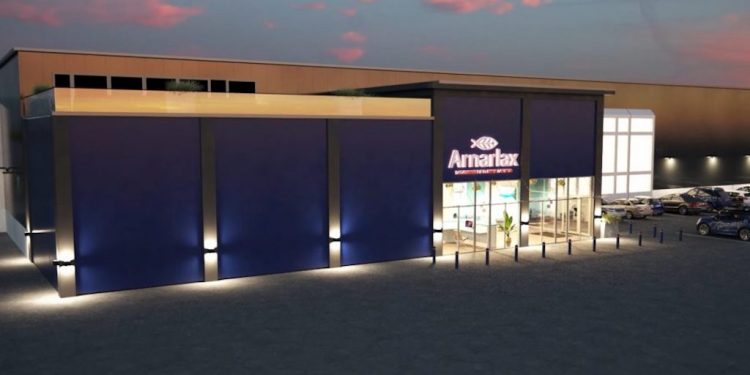 A memorandum of understanding has been signed between salmon producer Arnarlax and the Vesturbyggð municipality in western Iceland for the construction of a 10,000 square metre, 80,000-tonne capacity salmon processing plant.

This would be a high-tech facility, planned for Vatnseyri in Patreksfjörður, and the plant is expected to generate around a hundred jobs in the region.

‘This first step enables us to initiate formal licensing applications and the design and preparation work for a high-tech processing facility in Patreksfjörður that will generate many valuable jobs. This investment will also support the sector’s competitiveness and strengthen aquaculture in the Westfjords for the future.’

As yet there is no indication of when works would begin, although according to Arnarlax, the next steps are to complete contracts, draw up a new set of plans for the area and to prepare for the current premises to be dismantled and transferred to the new site, along with the establishment of further infrastructure.

Patreksfjörður’s port infrastructure would require refurbishment, with improvements to the dock and for holding pens to be set up, plus a long-term agreement with the local authority for landing fees needs to be negotiated.

The MoU includes provision for an outstanding dispute over landing fees that is already the subject of a legal process to be concluded.

‘Aquaculture is the largest industry in this part of the country and it is important for both parties to have a vision of the future for building up aquaculture and associated activities in Vesturbyggð.’