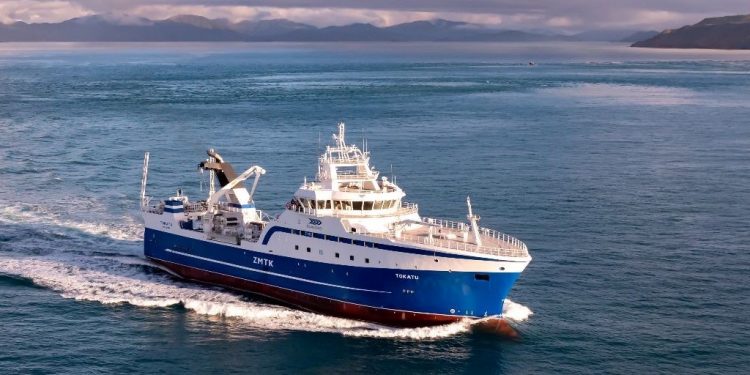 Responding to a a campaign by activists to ban all fishing on undersea pinnacles, New Zealand fishing company Sealord is proposing that 89% of known seamounts inside the country’s EEZ be placed into conservation.

Sealord Chief Executive Doug Paulin describes the proposal as a breakthrough, and stated that the Seamounts Count plan would place at least 127 of 142 known seamounts within a conservation envelope.

‘It is possible to achieve a balance; to conserve the marine environment and continue fishing a very small number of seamounts. This breakthrough proposal strikes a balance heavily in favour of conserving seamounts, which support a dazzling array of seafloor marine life,’ he said.

‘We only need to fish 11% of the seamounts to support food, jobs and export earnings for New Zealanders. A ban on seamount fishing is unnecessary and irresponsible. It is about starvation not sustainability, and there will be no significant ecosystem improvement, and no growth in fish numbers.’

He commented that the New Zealand quota system limits harvest levels so that stocks are not overwhelmed.

‘New Zealand’s fishing quota system limits fish harvest to numbers that do not overwhelm stocks.
‘This plan means seamount biodiversity will never be threatened – at least 89%, or 127 seamounts – will remain pristine and untouched in perpetuity,’ Doug Paulin said, adding that the seabed of New Zealand’s trawled seamounts was damaged by past fishing activity, but fish still congregate there.

Deepwater fishing continues along historic tracks of these 15 (or 11%) seamounts for quota. That has left at least 127 seamounts untouched – and now potentially untouched for the future.

Fish congregate on the slopes of seamounts, as do corals and crustaceans, to feed on the nutrients that are carried upwards from the depths of the oceans toward the warm surface. Seamounts are abundant volcanic features which rise at least 1000 metres off the seafloor. Collectively, they form the largest wildlife habitat on earth, covering more of the earth’s surface than rainforests, deserts, or tundra.

‘Protecting the marine environment in which we operate is hugely important to Sealord,’ Doug Paulin said.

‘Seamounts are special deep-sea features that support unique marine life – it’s vital we do our bit to conserve them while striking a balance that still allows a sustainable, healthy food source to feed the world.’

NIWA has recorded 142 seamounts in New Zealand’s EEZ, and is carrying out further research on underwater geographical features due to be released this month.

Seamounts in New Zealand’s EEZ are already well protected from bottom trawling through Benthic Protection Areas (BPAs) and Seamount Closure Areas (SCAs). 71 of New Zealand’s 142 seamounts are already closed to trawling by BPAs and SCAs. Of the remaining 71 seamounts, 56 have never been trawled. 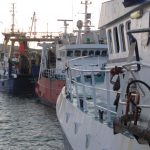