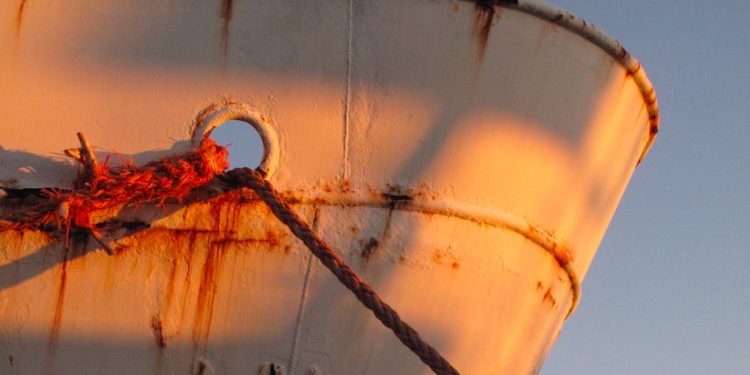 A report by the International Transport Workers’ Federation (ITF) claims that migrant fishermen working on UK vessels are vulnerable to systematic labour exploitation as the Government refuses close loopholes in its immigration rules – while the Scottish Fishermen’ Federation states that it ‘contains much that fishing industry representatives do not recognise.’

According to the ITF, vessel operators are able to use the Seafarers’ Transit Visa to bring migrant workers from outside Europe to the UK, enabling some to exploit fishermen’s fears over their immigration status to make them work long hours for as little as £3 an hour – significantly lower than the national minimum wage.

The ITF states that workers from the Philippines, Ghana and Indonesia are effectively trapped on UK fishing boats for up to a year and are being told they will be deported or black-listed if they try to leave, even if they go ashore for a brief stay.

‘We want the UK to stop using this transit visa for migrant fishers and switch to something that will give people better protection, like a skilled worker visa,’ said Chris Williams, a socio-economic specialist with the ITF Fisheries Section, who authored the report.

‘The use of transit visas for migrant fishers working on UK vessels is resulting in human and labour rights violations. The ITF receives reports from migrant fishers suggesting that there is systematic labour exploitation.’

Scottish Fishermen’s Federation chief executive Elspeth Macdonald, speaking on behalf of The Fishermen’s Welfare Alliance (FWA), echoed the ITF’s conclusion that the transit worker visa is not fit for purpose and does not meet the requirements of the UK’s modern fishing industry.

‘Those parts of the industry that employ non-UK fishermen through the transit visa system have been lobbying government for many years for improvements, and were successful in having fishermen recognised as skilled workers in the new immigration system, but other barriers mean this route cannot be used in the way that industry had hoped. We would welcome the opportunity to look at this in more detail with government, including the Home Office and Defra,’ she said.

She commented further that as industry representatives, ‘we deplore and condemn bad practice and crew members being badly or unfairly treated, regardless of their nationality or immigration status.’

‘Many of the non-UK crew employed in the UK industry have been returning to work on the same vessels for many years and have contracts that take ILO188 and UK employment law into account. There is much that industry is doing to continually improve working conditions, including agreeing recently to work with a major UK retailer to help prepare non-UK crew for working in the UK fishing industry. We will continue to drive forward to ensure that all our workers are respected and well cared for.’

The transit visa is designed to allow seafarers to join vessels leaving UK ports for international waters, with crew from overseas able stay in the UK for up to seven days while they wait for their ship to leave. Fishing vessel operators are using this to keep crew by taking their vessels beyond the 12-mile limit into international waters – although only for relatively short trips before returning to a UK port.

According to the ITF, this means that crews can re-enter the UK in a way that keeps them tied to vessels for as long as a year, often on vessels where accommodation is not suitable for an extended stay.

‘For any fishers living onboard a vessel, there’s a heavy reliance on the vessel owner or its skipper for everything, from their working and living conditions, to access to food and other essentials,’ Chris Williams said.

‘We have grave concerns that some fishing vessel owners continue to exploit the vulnerable position these workers are in with unfair, and even illegal practices, at work. We want the UK to close this loophole in the law. Currently it says a transit visa can be used if a ship operates ‘wholly or mainly’ in international waters without specifying what that means. We think the law should be changed to make things more specific – we want a ship to spend 70% of its time in international waters before a transit visa can be used.’

He commented that migrant fishing crew are typically paid £1000 a month but frequently work seven days a week and often 16 hours a day. This equates to a rate of pay of only about £3 an hour, less than a quarter of the UK minimum wage. A UK or EEA fisherman with the same skills on the same vessel would be entitled to a share of what the catch earns after costs.

‘Incoherence between fisheries and immigration policies are made worse through departments working in silos under differing legislation. A lack of legal clarity on working inside or outside UK territorial waters, as well as on shore leave, needs to be urgently resolved,’ he said.

‘Transit visas are the starting point for a cycle of abuse that should never have been tolerated. Changing the system to close the loophole will be a major step in protecting worker rights. That change is urgently needed.’

The ITF report, A One Way Ticket to Labour Exploitation: how transit visa loopholes are being used to exploit migrant fishers on UK fishing vessels, is available for download.