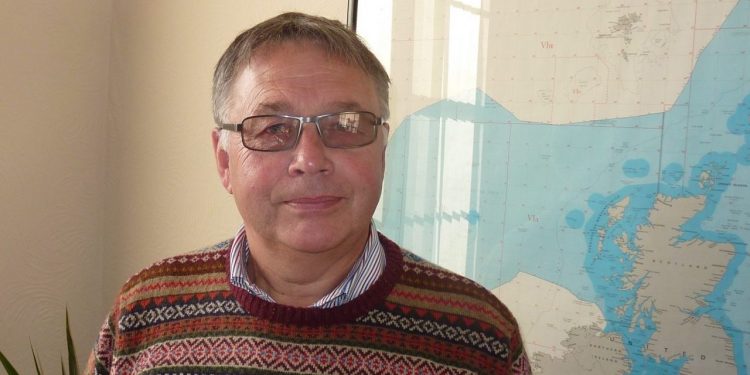 A longstanding member of the NFFO’s Executive Committee and vice-chairman of its South- East Committee, Paul Gilson has been elected as the next chairman of the National Federation of Fishermen’s Organisation.

Andrew Pascoe from Cornwall will continue as as NFFO president.

Paul comes from a family that has fished the Thames estuary and southern North Sea for over 200 years and he has been chairman of Leigh and Southend Fisherman’s Association for many years. over the years he has owned and fished seven trawlers and currently has one more vessel under construction. With 30 years as a lifeboatman, and senior helmsman for 20 years, he has received numerous awards, including one from the royal humane society.

‘One of the strengths of the NFFO is the pool of diverse talent around our table that we can draw on to support our work,’ commented NFFO Chief Executive Barrie Deas as he welcomed Paul Gilson’s appointment.

‘Paul recognises this and has personally made an enormous contribution as Vice-Chairman of the NFFO’s South-East Committee. I have no doubt that he will make a similar contribution as chair of our Executive Committee. Given the pressures facing our industry, this is a very demanding time to lead the national federation but as well as his direct fishing experience, Paul brings with him a wealth of knowledge based on his time as local councillor and chairman of his local town council. His time spent as vice-chairman of the Kent and Essex Sea Fishery Committee will also provide valuable experience.’

Paul Gilson was among the first to flag up the ecological changes observed in the Thames Estuary that have led to a dramatic drop in the catches of some customary commercial species such as sole and the rise of other non-commercial species – giving rise to an industry crisis in the area.

‘I would especially like to thank Tony Delahunty and Andrew Pascoe who have been acting as co-chairs following the regrettable departure of former chairman Andrew Locker, who was obliged to seek employment outside the industry,’ Paul Gilson said on taking up his new role.

‘It is comforting to know that I can turn to them for guidance at any time. Although I have my roots in the inshore sector, like others in the NFFO, I appreciate the importance of a diverse and profitable fleet in the UK, embracing all sizes of vessel and sustainable methods of fishing.’