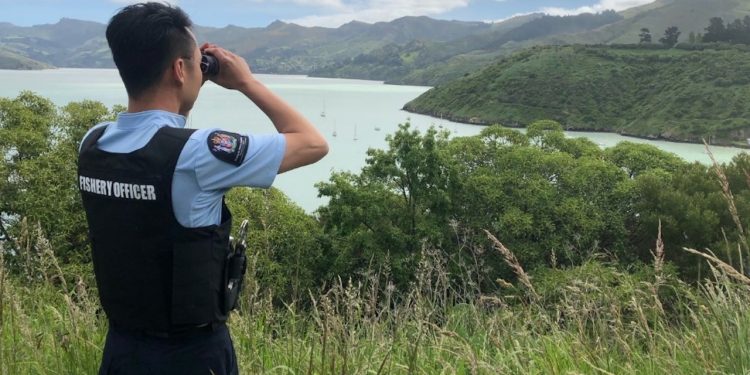 A fishing company in New Zealand has been handed heavy fines by a court in Invercargill for a variety of offences, including finning shark catches.

A fine of $18,000 has been handed to Jacob Fishing Limited and skipper Phillip James Turner has been fined $6750 for set netting in marine protected areas, along with removing fins from sharks and discarding the bodies at sea.

In addition to the fines, fishing vessel Jacob, valued at $221,000, was forfeited to the Crown along with six set nets measuring 1000 metres in length.

The estimated value of their sold catch was nearly $50,000.

Jacob Fishing Limited and Phillip Turner pleaded guilty and were sentenced on five charges filed by the Ministry for Primary Industries (MPI).

MPI regional fisheries compliance manager, Garreth Jay said the penalties should send a strong message to all commercial fishermen that they need to know exactly where they are setting their fishing gear.

‘Set netting in marine protected areas, or within the four nautical mile marine mammal protection zones is prohibited. Most commercial fishers follow the rules closely. Both Jacob Fishing Limited and the skipper Phillip Turner showed a significant degree of carelessness by fishing inside these areas. We take these rules very seriously and when we find evidence of this type of offending, MPI will hold fishers to account,’ he said.

The offences occurred through the months of October, November, and December 2019. These were detected through analysis of electronic reporting, along with the work of fishery officers who boarded fishing vessel Jacob and reviewed its electronic data.

In October, there were instances of set netting at Howells Point, Riverton and Pahia within the prohibited four nautical mile zone.

The skipper also set nets in the Fiordland Marine Area such as Taumoana (Five Fingers Peninsula) Marine Reserve and Dusky Sound. At Chalky and Preservation Inlets in Southland Fiordland where the length of commercial set nets is limited to 1000 metres, they set 3000 metres of net around the fiord entrances, during October and November. Then, in December they set nets inside the four nautical mile zone off Colac Bay near Riverton.

Despite earlier warnings and advice from MPI, in March 2020 they set nets off Howell’s Point, Riverton, again fishing inside the four nautical mile zone.

MPI also received information from the public that in June 2020, Phillip Turner’s crew removed the fins of at least ten school sharks in Dusky Sound and discarded the carcasses, after hauling set nets from the outer coast of Fiordland.

‘It’s illegal to remove the fins from a shark and discard the body at sea. If MPI becomes aware of this type of behaviour we will investigate and may place the matter before the courts,’ Garreth Jay said.