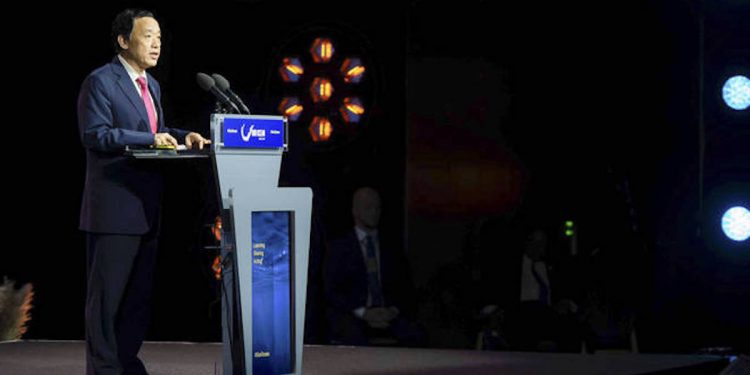 At the Our Ocean Conference, FAO Director-General Qu Dongyu has urged reversing a ‘dangerous sustainability divide’ in fisheries management.

Serious investments in ocean sustainability will increase the amount of fish to feed the poor, helping drive progress towards the eradication of hunger which is the lynchpin for achieving the other Sustainable Development Goals, FAO Director-General Qu Dongyu said.

‘Ocean protection will only succeed if we spend financial and brain power in developing sustainable solutions,’ he said in a keynote address at the Our Ocean Conference in Oslo.

Our Ocean 2019 focused on themes including climate change, marine pollution and security, sustainable fisheries, as well as its traditional focus on conservation initiatives. The conference, started in 2014 by then-US Secretary of State John Kerry, aims to promote voluntary government pledges to care for the ocean and has since inception generated commitments totalling around $18 billion and 12.40 million square kilometres of marine protected areas.

‘Oceans provide us with enormous services,’ Qu Dongyu said, noting that global annual per capita fish consumption has risen to 20.30kg and that fisheries and aquaculture provide livelihood opportunities to more than 10% of the world’s population.

‘If the ocean fails, it is because we fail ourselves,’ he said.

The FAO Director-General warned of a ‘dangerous sustainability divide’ as fisheries in developed regions become increasingly sustainable, rebuilding stocks, while those in developing regions are not improving as fast.

One-third of the world’s fish stocks are overfished, and climate change is likely to negatively affect stocks in tropical zones, according to FAO figures and studies.

Oceans should be addressed as a solution, not a problem, Qu Dongyu said. He urged a new push to invest in sustainable ocean growth and a significant effort to boost aquaculture, particularly in Africa.

The Director-General proposed a commitment to achieve 100% effective sustainability of our resources from the oceans and noted that FAO will in November host a major symposium in Rome to identify the technical solutions needed to achieve this vision.

Next year’s Our Ocean conference will be held in Palau.