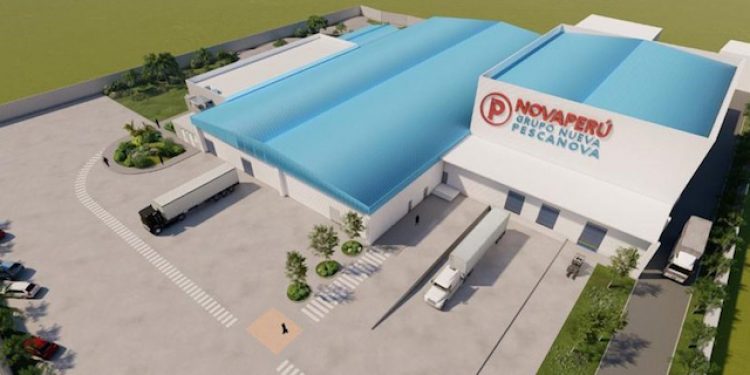 The Vigo-based Nueva Pescanova Group aims to consolidate its presence in Peru with the construction of a new 8000 square metre factory, which will begin operating by the end of 2021.

A €7 million investment, the new production plant will mainly process cephalopods such as shortfin squid, fish such as mahi and processed fish such as surimi, with an estimated annual production capacity of 12,700 tonnes. In addition, around 900 tonnes of other species such as octopus, squid and greater silver smelt will also be processed.

The Novaperú plant will be located in the fishing port of Pucusana, on the outskirts of Lima.

This is a strategic location for the company due to its proximity to the sea. Around 170 people will be directly employed at its facilities, which means a 10% increase in the subsidiary’s workforce.

‘The new plant will allow the company to increase its production capacity for species such as shortfin squid and mahi, as well as the elaboration of new products to improve the Group’s vertical integration,’ said Novaperú general manager Manuel Quintana del Hierro.

‘In addition, the new facilities will have automated production lines that will allow to save energy, improve production efficiency and obtain ISO14000 certification.’

Pescanova started its activity in Peru in 1989 with trading operations. Its subsidiary Novaperú, with a plant in the district of San Juan de Miraflores in Lima, was founded in 1995.

This plant, which will continue operation until the new facility starts up, processes a range of seafood products, including cephalopods (squid and jumbo squid) and other species, such as mahi-mahi, greater silver smelt or mackerel. Its annual production capacity is 8000 tonnes.