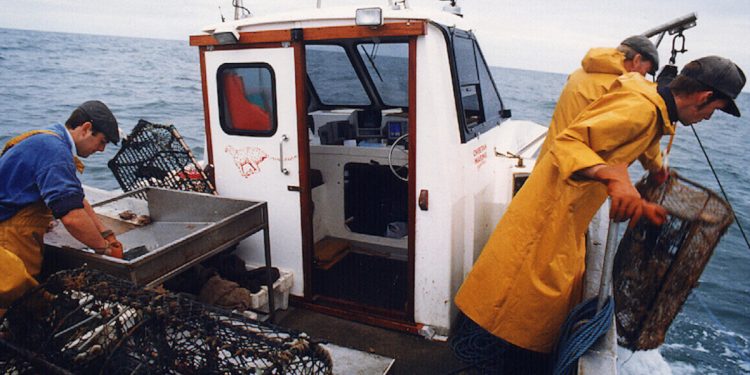 In spite of having what the National Federation of Fishermen’s Organisations described as a ‘world-beating Marine Protected Area network,’ the UK authorities are being urged to ban fishing across a series of Highly Protected Marine Areas (HPMAs), advocated by the government-sponsored Benyon review.

According to the NFFO, the the review panel, which included a number of leading MPA lobbyists, undertook only minimal engagement with fishing bodies.

‘This comes as a hammer blow for fishing communities having to cope with the impacts of the Coronavirus pandemic and the uncertainties of the Brexit negotiations,’ said NFFO assistant chief executive Dale Rodmell.

‘This is despite Marine Protected Areas (MPAs) already comprising 40% of the total area of English waters, with a swathe of 41 sites being designated only last year.’

He commented that the Benyon Review came off the back of a sustained campaign by environmental lobbyists claiming that the UK MPA network amounted to “paper parks” that offered little protection.

Currently the is a network already totalling 355 sites in UK waters, and many only recently designated.

‘Marine managers have had their work cut out to conclude planning processes to put site measures in place. Once all measures are in place, the UK will without doubt have a well-protected network. An independent website tracking MPA protection already places the UK as world leader,’ he said, commenting that the report downplays the benefits of the existing large network in order to justify a new set of areas that would exclude all fishing activities. In order to identify new sites, it seeks to pit a coalition of conservation, recreation and tourism interests against existing marine users, including small scale inshore fishing communities.

‘The fishing industry is already facing considerable loss of fishing grounds as management measures are steadily introduced in the existing MPA network and as a result of the huge expansion of offshore windfarms and cable infrastructure,’ he said.

‘It is surprising how easily the government appears to be giving way to a conservation lobby rhetoric criticising its own world beating record on MPAs. In the Brexit negotiations it is fighting to secure fairer access to fishery resources for the UK but if it follows the findings of this report it will then be taking away those hard-won opportunities.’

The existing marine conservation zones (MCZs), first identified in 2010-11, had to meet strict ecological criteria but allowed some latitude to account for livelihood needs in their selection.

The Review recommends that HPMAs should be targeted firstly within the existing MPA network.

‘This would ride a coach and horses through the finely balanced calculations that coastal communities were forced to make at the time to try to ensure MPA designations did not undermine marine livelihoods,’ Dale Rodmell said, citing the Cromer Shoal MCZ as one example put forward to the review panel following its public invitation for proposed sites.

‘The site nationally famous for the Cromer crab would, if chosen, see the local industry and its traditions terminated overnight. The review panel was itself preparing to make site recommendations from behind closed doors but had refrained only at a late stage due to delays caused by the Coronavirus pandemic.’

According to the NFFO, the review panel undertook only minimal engagement with fishing bodies.

‘Despite paying lip-service to the need for sustainable management of UK seas and recognising the risk to small scale fishing communities, which are vulnerable to being displaced, the report comes out firmly in favour of weighting any selection process to ecological criteria,’ he said.

‘If taken forward, this will further marginalise local fishing communities in any consultation process.’