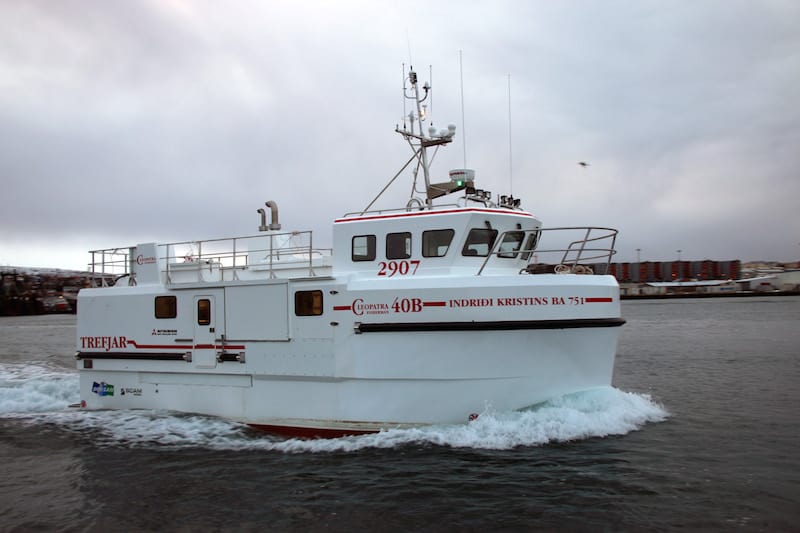 The first of a new design of GRP fishing boat has been delivered by Trefjar in Iceland to Tálknafjördur owner Gudjón Indridason, who also runs the local Thórsberg processing plant.

The new Cleopatra 40B design is tailored to fit under 12 metres overall length, suiting Icelandic operators preferring to stay within the rules governing smaller fishing boats and also suitable for the yard’s customers across Europe for who the 12 metre length is a critical factor.

Indridi Kristinns BA-751 is fully shelterdecked and fitted out to operate exclusively as a longliner with a 20,000 hook capacity Mustad system.

As well as the Mustad Autoline system, it has a pre-cooler for fish before they are bled, and a washing and bleeding system that feeds fish to the fishroom located amidships. This has capacity for sixteen 660 litre tubs and the boat carries its own icemaker.