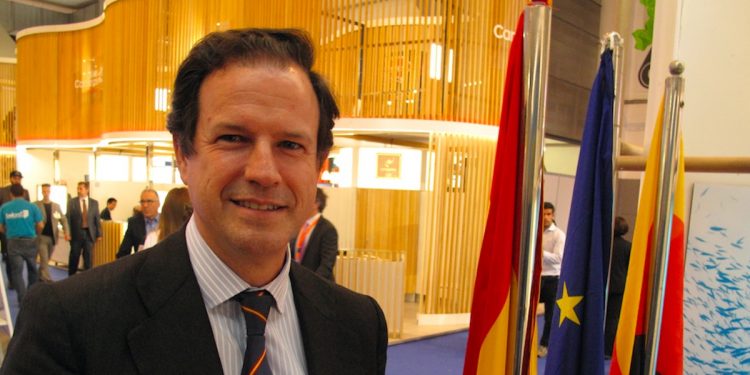 Cepesca general secretary and Europêche president Javier Garat has told Commissioner-elect Virginijus Sinkevicius that the European fishing sector has long been frustrated by what it sees as a lack of understanding by European institutions that approve legislation such as the landings obligation, when these are virtually impossible to comply with and far removed from reality.

At a meeting that was requested by Virginijus Sinkevicius who appears keen to hear the industry’s concerns for himself, Javier Garat has urged him to consult regularly to be able to understand the realities facing the fishing industry.

Javier Garat made the point that for years Europe’s commitments to sustainability and responsible fishing have demanded sacrifices for the community fleet to comply with the Common Fisheries Policy (CFP), which has led to the scrapping of many fishing vessels and the disappearance of thousands of jobs.

He commented further that the industry will maintain this commitment, adamant that sustainability must be a common objective in environmental, social and economic terms. He also stressed to the Commissioner-elect that facing of objectives such as Maximum Sustainable Yield (MSY) in 2020, remarkable progress achieved in recent years, reminding him that most of stocks already comply with MSY.

Virginijus Sinkevicius, who was for two years Lithuania’s Minister of Economy and Innovation was informed of the industry’s concerns about climate change and marine pollution, making the point that fisheries produce less greenhouse gases than any other animal protein producing sector.

Javier Garat also reminded the commissioner of the importance of international negotiations next year as these will dictate biodiversity goals after 2020 for the next ten years – commenting that these need to be realistic and achievable.

As president of Europêche, he discussed the importance of fisheries in the Mediterranean, of the Sustainable Fisheries Association Agreements with third countries, including negotiations with Mauritania, Senegal, Gabon or Kiribati, and the importance of strengthening the role of RFMOs to improve international fisheries management. He has also indicated that the negotiations at the United Nations on biodiversity on the high seas should not underestimate the role of RFMOs or attempt to establish Marine Protected Areas across 30% of the oceans.

Commissioner-elect Virginijus Sinkevicius was also asked to work to towards a level playing field for all fishing nations, discouraging unfair competition from third parties who, in addition to not complying with regulationss, export their products to the EU market free of tariffs.

‘The new commissioner has made a good impression on me,’ Javier Garat said following their meeting.

‘He has made it clear that he will work for sustainable fishing in all areas, environmental, social and economic, emphasising his mandate in social issues to make the sector more attractive to young Europeans. He has also pointed out that fishing will be one of his priorities, even though it does not appear in the name of the department he heads. He has pledged to visit all the fishing Member States in the next six months to get to know the reality closely.’