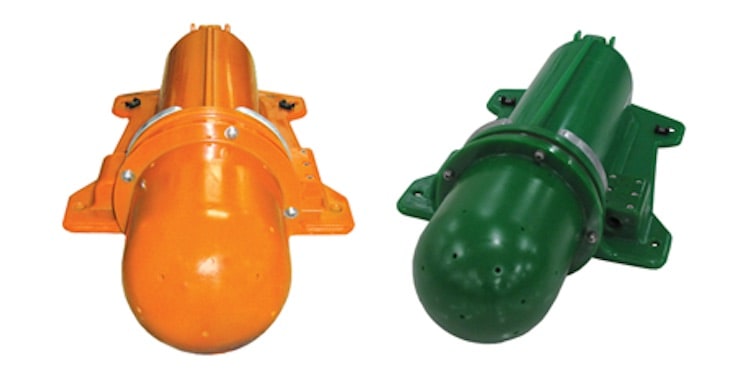 Bruce H. Blakey, founder of Wesmar (Western Marine Electronics) Seattle, WA passed away on 23rd January. Over a long career, starting out with Wesmar established in a rented room at Northern Radio, a vacuum tube marine radio manufacturer near Seattle’s Fishermen’s Terminal, he turned the company into one of Seattle’s most progressive early technology companies.

He founded Wesmar in 1965 and in 2017 he and his wife Cheryl sold the company, a leader in advanced marine sonar systems for commercial fishing, defence applications and pleasure boat markets and a leader in pleasure and commercial bow thrusters and electronic gyro powered roll fin stabilisers.

The combined knowledge of the marine and defence industries, technical expertise in acoustics, hydraulics, and marine power and the corporate philosophy to produce powerful, advanced, and rugged products for a wide-ranging worldwide market, was key to Bruce Blakey’s success and a guiding philosophy. He never stopped looking for new product ideas and new markets.

His vision included manufacturing independence, with the company maintaining a sophisticated engineering design lab, impressive prototype and test facilities, and a complete, modern, and highly automated manufacturing department including a mould and machining facility with computerised machinery and test equipment. From this facility, Wesmar products were exported around the world.

Early customers were optimistic herring fishermen in the Canadian Maritimes there who unknowingly provided the money to keep the company going with their purchase of two sonar units at $5,000 each, a considerable sum in 1965. He took their orders back to Seattle to back a loan from Rainer Bank – and Wesmar was born.

In 1966 the firm developed the world’s first solid-state sonar, followed by the first video sounder in 1968, and two years later Wesmar introduced the stabilised sonar beam, which allowed fishermen to hold targets even when the vessel was pitching and rolling.

Wesmar introduced the first digital colour display sonar in 1981, followed by the innovation of color radar, the world’s first dual-prop, counter-rotating bow thruster in 1991 and the first multi-mode profile trawl sonar in 1995. The focused beam sonar was introduced in 1998 and expanded in 1999, adding more range and power. This technology, combined with profile scanning, opened the pelagic trawl market around the world.

With his wife Cheryl Blakey at his side, Bruce Blakey found success in other endeavours as well, including the founding of floating fish processing ships in Alaska in 1983. While continuing to steer and manage Wesmar, they started SNOPAC Products., using a mothballed military ship converted it to process salmon in Bristol Bay at a time when floating processors were rare in the predominantly land-based salmon operations.

Bruce Blakey left a remarkable legacy. He believed he could do the impossible, and he often did.