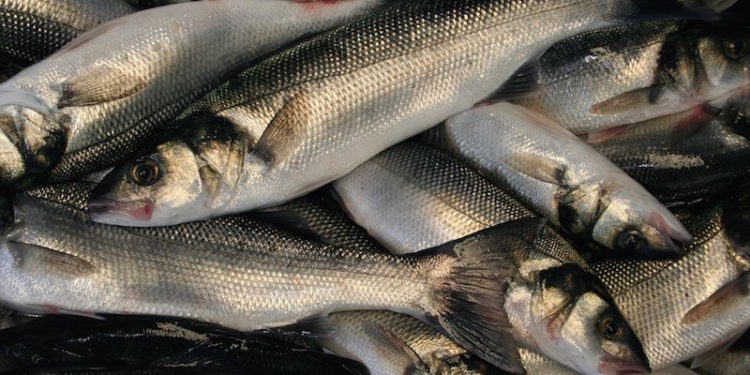 Now working for the last three weeks with a daily catch limit of 50kg, French small-scale line fishermen fear a complete closure of the bass fishery any day now, at a time of year when bass is crucial to their livelihoods.

According to Association des Ligneurs de la Pointe de Bretagne, it was known on 22nd November that only 200 tonnes remained of the year’s quota, 10% of the 2240 tonne quota for 2018, with the expectation that a closure would be applied once the 95% threshold is reached.

‘We then requested that the remainder be exclusively reserved for those vessels that depend most on bass as a target species,’ a spokesman said. ‘This request has been completely ignored.’

The anger is magnified by the understanding that National Fisheries Committee CNPMEM and the government fisheries department had been aware since August of how the situation was developing.

‘The Bay of Biscay boats can land up to 50 kg of bass per tide, without their dependence on this species taken into account. So a boat fishing mainly sole, whose quotas are increasing, can fish as much bass as someone who depends entirely on bass to survive.’

‘Not only is the stock slaughtered by overfishing during the breeding season by vessels who are happy to saw off the branch they are sitting on, but the trolling boats that fish in the most ecologically sound way possible are the ones that are about to be stopped. It’s mad, specially when we know that in January the massacre on the spawning grounds will start again.’

‘It is unacceptable that the French state does not care about its small fishermen, does not fulfil its role as manager, more concerned about its relationship with the National Fisheries Committee than about the issue of fishermen’s survival. To date, fishermen have no information on the total bass catch and the threat of a closure. The contempt displayed by the authorities supposed to defend them adds to the absurdity of a system of fisheries management is fuelling anger in the ports.’