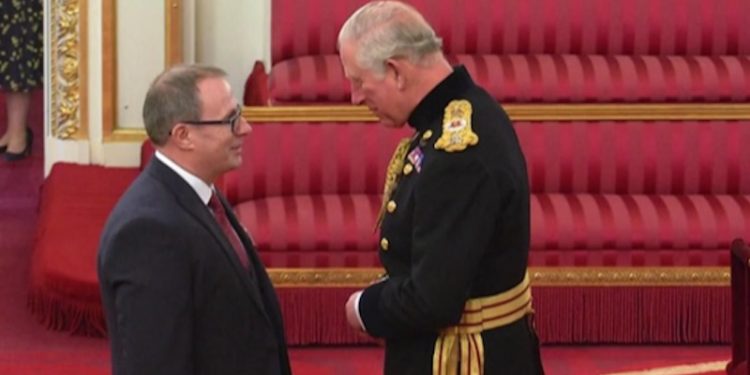 Seeing the light and learning the lessons

Recently awarded an OBE for contributions to marine conservation, Mike Park of the Scottish White Fish Producers Association said that it was an honour and privilege to be included in the Queen’s birthday honours list.

‘I was especially delighted to receive it from HRH Prince Charles who has done so much in his own right to raise awareness of marine related issues and his promotion and support of sustainable harvesting,’ he said, commenting that fishermen have  matured significantly since the dark days at the turn of the century, describing those days as a time when overfishing reduced a number of stocks to fairly critical levels.

‘I was as guilty, if not more so, than my fellow fishermen, very much ignoring the needs of the future in order to meet here-and-now demands. Repayment loans and sending the crew home with a decent wage for a hard weeks graft was our only focus,’ he said.

‘Many stocks reached levels capable of delivering irreparable and long term harm. Fleet decommissioning schemes in 2001 and 20O3 drew a line under year-on-year declines, although it would be a number of years before species such as cod would show any signs of recovery.’

He commented that lasting images of vessels sailing never to return was a sobering and life changing moment.

‘Only then did I and others see the light, declare mea culpa and embark on a life-long commitment to rebuild and maintain our stocks and in the process recover our once proud industry,’ he said, adding that blame has no place in a modern society, while the aim should be to learn from our past and apply the lessons it provides.

‘The landing obligation coupled with a modern and efficient fleet means that we enter a new period in our development where vigilance and action will be required in strong measure,’ Mike Park said.

‘My hope is to remain in my post until such time as we leave the EU and begin to create a whole new dynamic around our Scottish fisheries. Our commitment to sustainability and protection of the wider ecosystem should allow us to become a real entity in the supply of sustainable quality seafood.’