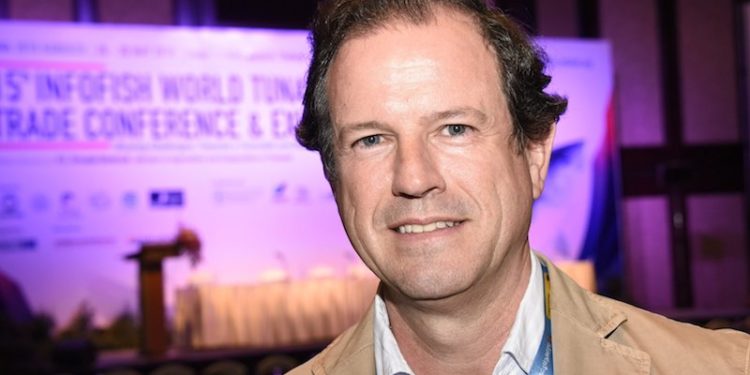 The Secretary General of the Spanish Fisheries Confederation (Cepesca), Javier Garat, has been unanimously re-elected as President of European Fisheries Association Europêche during its General Assembly held in Brussels.

‘I am grateful for the trust that the members of Europêche have placed in me and, above all, for the recognition of the work done in recent years in defence of a sustainable fishing activity, both from an environmental and a socio-economic perspective. Fortunately, I have a great team in Europêche led by is managing director Daniel Voces,’ Javier Garat said.

‘The European fishing fleet has made in recent years remarkable efforts and investments to comply with the demands of European and international policies to champion progress towards sustainable and responsible fisheries. It is essential that Europe and international organisations, especially the RFMOs, jointly push for all fleets to achieve the highest levels of sustainability in all its dimensions.’

The Europêche board will remain at the head of the organisation for the next two years, aiming to defend the interests of fishermen and fishing-vessel owners before the European institutions.

Throughout the next biennium and as agreed in the Assembly, priorities will be continue making progress in improving fish stocks, facilitating compliance with the objectives of the Common Fisheries Policy (CFP) and intensifying collaboration with the scientific community to continue advancing in the application of fisheries management with an ecosystem approach.

Europêche aims to continue to work on the practical application of the discard ban, on the adoption of reasonable quotas based on scientific recommendations and on the best possible way forward for the proposed regulations on multiannual management plans, including the Mediterranean, the revision of the Fisheries Control System and Technical Measures, and the European Maritime and Fisheries Fund (EMFF).

It will also include among its priorities those related to the external dimension of the CFP, particularly the Sustainable Fisheries Partnership Agreements (SFPAs) with third countries and RFMOs.

Safeguarding the interests of the European fisheries sector under the current climate of uncertainty surrounding the implementation of the Landing Obligation and Brexit is also a primary objective for Europêche, which will maintain its commitment to fight against Illegal, Unreported and Unregulated (IUU) fishing and to the promotion of good governance of the oceans on an international scale.