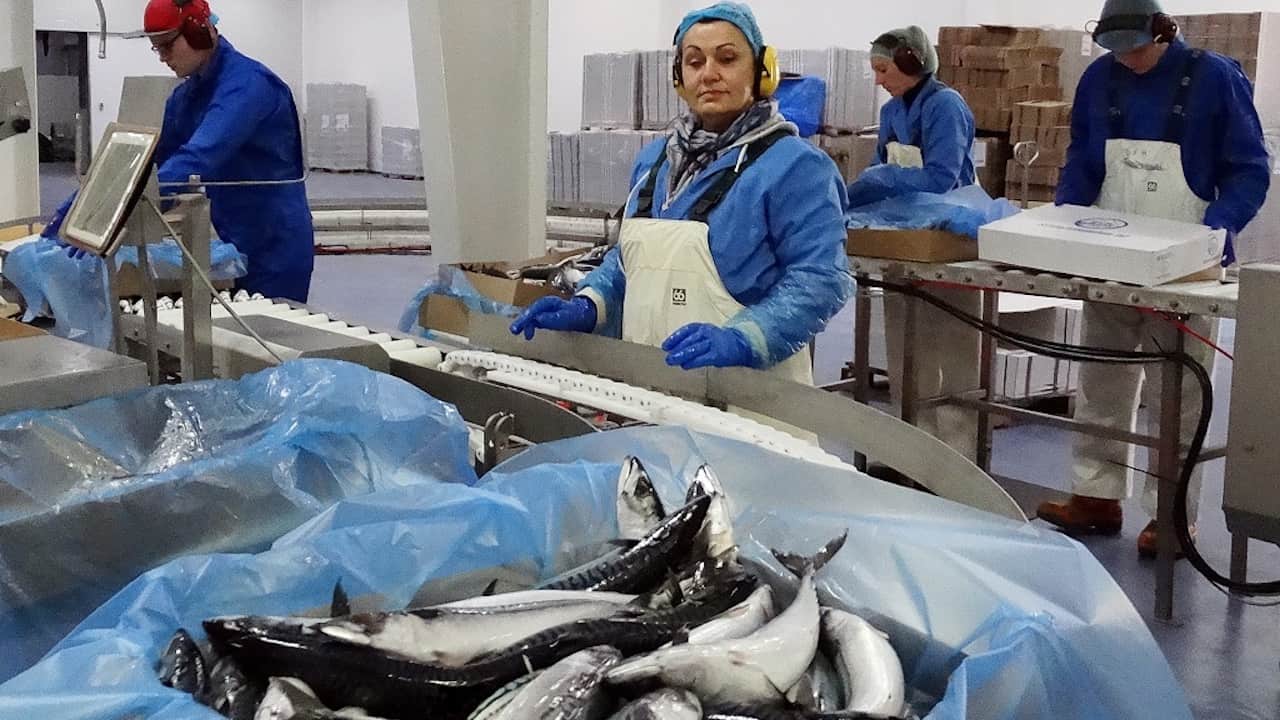 Fishing for mackerel has improved in the last few days and Síldarvinnslan’s Neskaupstaður factory is buzzing with activity.

So far the season has seen mainly larger for of 500+ grammes landed, but in the last few days catches have been fish under the 500 gramme mark. The factory focuses on production for human consumption, with production lines for headed and gutted, wholefrozen and filleted mackerel.

The Neskaupstaður processing plant is currently running three shift teams, each of 25 staff plus a foreman and technician, each off which works a 12-hour shift. With a steady flow of raw material and uninterrupted production, each member of staff can expect to work 20 shifts each month – and the earnings are high.

The mackerel season is expected to last through to mid-September, when the season for Atlanto-Scandian herring gets underway. This means that the rotating shifts can be expected to continue until the end of October.

According to Síldarvinnslan’s human resources manager Hákon Ernuson, it hasn’t been a problem to source labour for the season that opened at the beginning of July, but now the problem is to find staff to replace those temporary summer workers who are about to return to their studies from mid-August onwards.

‘I didn’t think it would be difficult to fill these positions, considering the situation at the moment. But for some reason this doesn’t seem to be a lot of interest,‘ he said, adding that relatively few applications have been received.

First fish of the season landed in Neskaupstaður