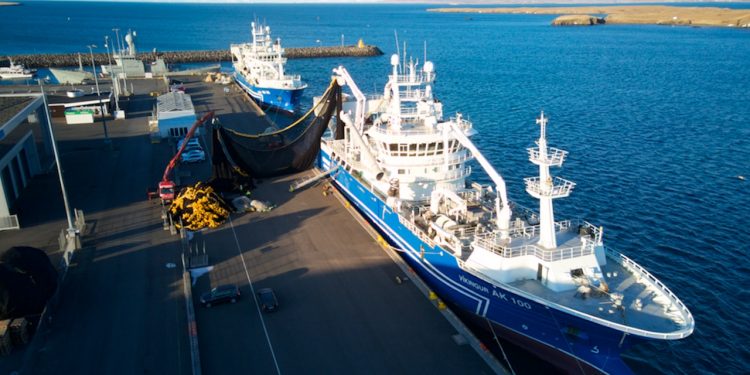 This year’s capelin season has finally started for the Icelandic fleet, with the first landings to Neskaupstaður, Vopnafjörður and the Westman Islands. Fishing has been in the Meðallandsbugt area west of Ingólfshöfði. These are the first landings of fresh capelin in Iceland since 2018, as both 2019 and 2020 seasons were zero-quota years.

With a limited quota this year, fishing is focused on landing for production ashore, and there has been no real hurry for the fleet to get to work. During the early part of the season, Norwegian and Greenlandic vessels were able to take their share of the quota, before the cut-off date, after which Icelandic fishing grounds are closed to them.

‘We had 250-260 tonnes in two shots. That´s nothing special for an area where there should be heavy fishing,’ said Jón Atli Gunnarsson, skipper of Kap, which docked in the Westman Islands last night for production to begin this morning at Vinnslustöðin. The company’s other pelagic vessels, Ísleifur and Huginn, are at sea.

‘We landed just enough to get production started and I expect we’ll be sailing as soon as we’re finished landing. Now it’s important make the most of what we are allowed to catch. This makes a difference for those catch capelin, those who process is, and for the local community. We shouldn’t forget that the Government’s coffers always take their share, and it seems like they need it.’

In Neskaupstaður Beitir landed 900 tonnes of capelin, caught on the same grounds.
‘We had this fish yesterday and last night. The best shot, 500 tonnes, was in the evening,’ said Beitir’s skipper Tómas Kárason.

´There was quite a bit to be seen when we got to the fishing grounds, but with an offshore wind the capelin go tight up to the shore. But it ended well and we have some top-quality capelin. The fish are 40% female, with a 13-14 roe content and not much feed in them. So this is proper capelin for the Japanese market.’

This year Síldarvinnslan’s pelagic vessels Beitir and Börkur are working a co-operative schedule to ensure a regular supply of the freshest possible catches to the factory, with plans to pump from each others’ gear if necessary. The arrangement worked well during last year’s mackerel fishery, but has not previously been tried during the capelin season.

The first capelin of the season were expected to be landed around midday today in Vopnafjörður, with Venus due to dock with roughly 560 tonnes on board. The fish were caught in the Meðallandsbugt, west of Ingólfshöfði.

‘It looks pretty good, although it’s not easy to figure out the situation after last weekend’s storms. We just took a small amount that’s just right to get production started,’ said Venus’s skipper Bergur Einarsson.

The capelin in Venus’s tanks is good-sized fish with a roe content of 16.2%, according to samples. The fish are suitable to be frozen for the Japanese market, although there is some way to go before the roe content and maturity reach the point at which roe extraction and freezing can start.

Venus has a 20-hour steam from the Meðallandsbugt to Vopnafjörður, and Bergur Einarsson estimates that it will take 24 hours to discharge the catch fully.

Sister vessel Víkingur sailed from Reykjavík this morning, heading for fishing grounds, so the factory in Vopnafjörður can expect to be busy freezing capelin over the coming days. 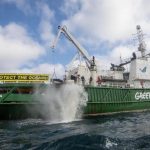 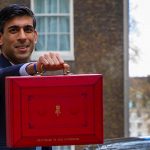 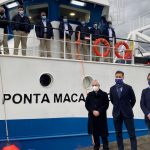 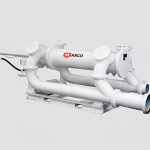