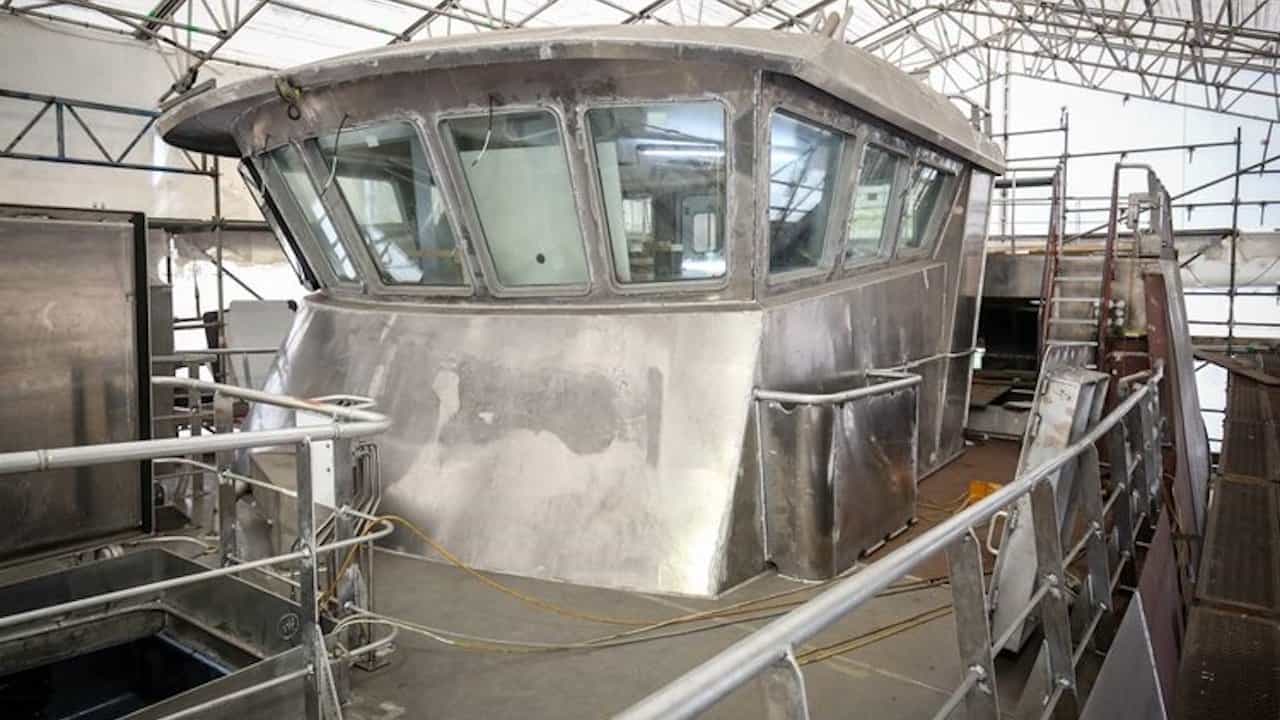 Due to be delivered in April, this will be the first new vessel of this type to be built in the UK for almost twenty years.

The new Amanda of Ladram will operate from Newlyn to fish mainly in Area 7, the S-W approaches and the Irish Sea for MSC-certified hake, monkfish, turbot, cod, haddock, pollock and other mixed fish, skippered by John Walsh. The current netter of the same name, converted several years ago from a previous role as a trawler, will become Rachel of Ladram.

It’s another milestone for South-West fishing company Waterdance, which has in the last couple of years taken delivery of new crabber Nichola of Ladram and beam trawler Georgina of Ladram.

The new Amanda of Ladram has a 20.40 metre overall length, with a 7.70 metre beam and is designed as a dedicated netter. This will be a highly stable fishing vessel with crew space in comfortable, low-noise accommodation, as well as ample fishroom capacity.

The layout combines the functionality of a conventional netting boat with the latest in design and technology, including a high-efficiency propulsion system and a carefully-designed propeller and stern section to ensure efficient operations, resulting in lower fuel consumption and emissions.

For extra safety, and to ensure minimal disruption of working routines at sea, the vessel will also be installed with additional equipment (including an extra generator) to be used should the primary system fail.