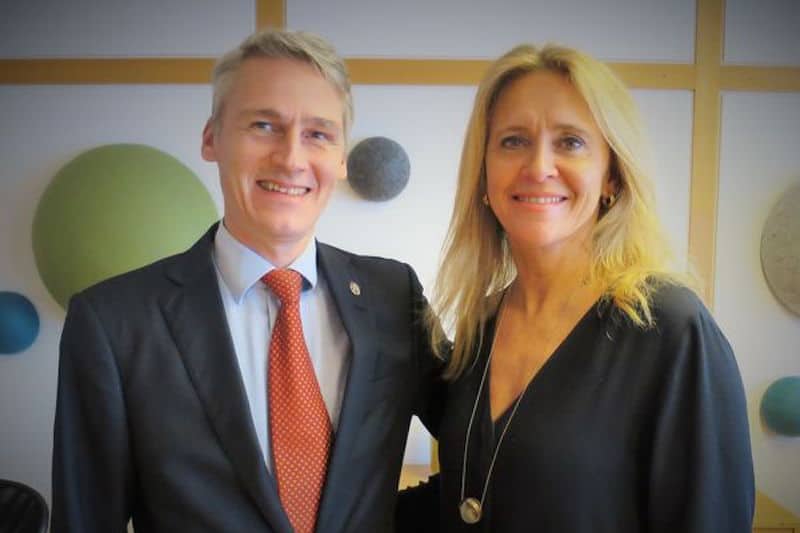 The Faroe Islands and Iceland have agreed reciprocal fishing rights for the coming year. Icelandic fisheries minister Thorgerður Katrín Gunnarsdóttir and Faroese fisheries minister Høgni Hoydal signed the agreement between the two countries this week, reaching terms that are similar to last year’s.

The Faroes has access to a 5600 tonne quota in Icelandic waters that remains unchanged, although the cod limit has been lifted from 1900 to 2400 tonnes. The Faroese pelagic fleet can catch up to 5% of its total capelin catch in Icelandic waters, although this is limited by a 30,000 tonne ceiling and there are limitations on Faroese vessels processing capelin at sea or landing it in the Faroes for human consumption.

No changes were made to Iceland’s access in Faroese waters to 1300 tonnes of mackerel and 2000 tonnes of Shetland herring, and the two countries’ reciprocal rights to blue whiting and Atlanto-Scandian herring in each others’ EEZ remain unchanged.

The two ministers agreed to continue negotiations that began last year on the Højvik agreement between Iceland and the Faroe Islands on trade between the two and expect to complete this within six months.

Both Høgni Hoydal and Thorgerður Katrín Gunnarsdóttir expressed their satisfaction over the positive atmosphere around their negotiations, promising cordial relations between the two countries in the coming years.

Alliance calls for fisheries to be a priority in Brexit negotiations