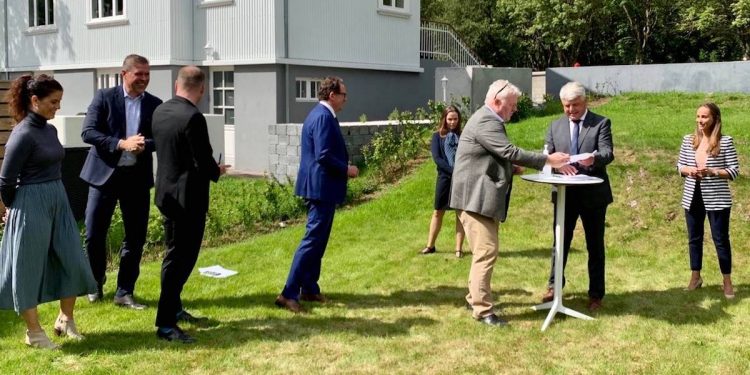 Iceland’s government and industry have pledged to work towards co-operation aimed at increasing demand for Icelandic seafood, while reducing the industry’s emissions footprint, with a new agreement signed by minister and industry leaders.

The agreement paves the way for a formal collaboration with the intention of ensuring that Iceland’s climate targets will be met. A working group has been appointed with a brief to provide options for a large-scale reduction in emissions by 2030, to introduce financial incentives for investment in equipment and systems, to increase the volume of renewable energy used within the sector, and to make proposals concerning biofuels and their practicality.

The Icelandic government’s target is to reduce the industry’s emissions by 50-60% by 2030, compared to the 2005 figure, while the industry has already taken significant steps in recent decades in reducing fuel consumption. Icelandic and foreign fishing vessels are considered to account for a fifth of the country’s emissions.

According to a government statement, 98% of Iceland’s seafood production is sold on overseas markets, and factors that reduce Iceland’s competitiveness need to be considered, while the realistic target of an CO2-neutral industry could provide opportunities to maximise the value of ocean products.

‘It’s a positive step that the authorities have decided to join with the industry in reducing emissions of greenhouse gases. I am convinced that good co-operation between the industry and the government could result in the greatest progress in this matter,’ Ólafur Marteinsson said.

‘The Icelandic seafood sector has already taken remarkable steps in reducing its carbon footprint, with a 41% reduction in fuel consumption since 2005, without a drop in catch volumes. There are still significant opportunities to do better, and we welcome this formal joint initiative with the government.’