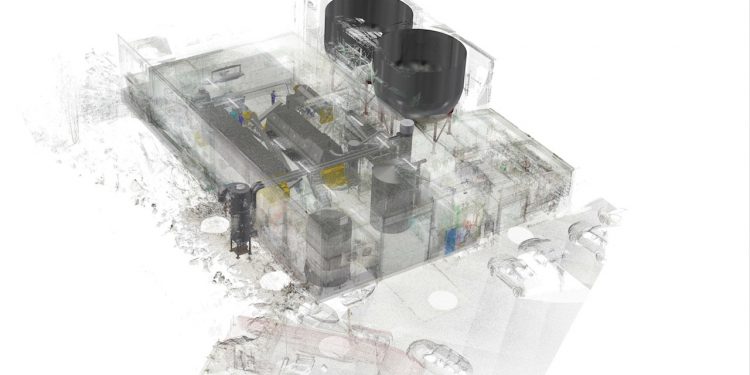 Finnish company Meitmeal has signed a €5 million agreement for the purchase and installation of an HPP Solutions Protein Factory to be installed in the port Kaskinen on Finland’s west coast.

The HPP Protein Factory for installation in Finland is designed for land processing and represents a boost for Kaskinen, which has been one of Finland‘s main fishing ports since the 18th century.

Recently the municipality, which is one of the smallest in the country, has seen some hard times in recent years. It suffered badly from the closing of a large paper mill in the wake of the 2008 financial crisis, which left a third of its population unemployed in a single blow.

The Protein Factory will be located in premises which have stood empty in recent years. The project is financed partially with a grant from the Finnish Ministry of Fisheries and the European Union.

The owners of Meitmeal are two young Finns, Anders Granfors and Jonathan Hast, one a skipper, the other chief engineer. The venture has attracted great interest in Finland, as a major new commercial venture in Kaskinen is national news.

According to Meitmeal’s Jonathan Hast, a key reason for selecting an HPP Protein Factory was that it takes up significantly less space than the factories of other manufacturers.

‘This was the only factory which fit into our premises. A second factor was HPP‘s capacity to make products for human consumption. This was absolutely critical to ensure access to grants for the project. We want to generate greater value from our herring and sprat. Too much of the catch has been consigned to animal feed. Fishmeal and oil for human consumption are far more valuable products,’ he said.

‘Finally, we were impressed by the energy efficiency of the HPP factory. With energy prices high and rising, every Euro matters in this business. The HPP factory is the best option in this department.’

An independent subsidiary of the Icelandic engineering company Héðinn, HPP Solutions’ Protein Factory is the product of ten years of research and development by Héðinn. The first version was installed in 2017 on board factory trawler Sólberg ÓF-1, operated by Rammi hf.

HPP Solutions was spun off as an independent company at the start of this year. In recent years different versions of its Protein Factory have been sold to various countries outside Iceland, both to fishing companies and businesses engaged in land processing.

HPP factories have now been exported to the United States, Germany, The Faroe Islands, England, Finland, France and Norway.

Four HPP factories have been sold in Iceland. One of these is on board the most technically advanced fishing vessels in the Arctic, Ilivileq, owned by a subsidiary of fishing company Brim hf. A 380-tonne capacity HPP factory for Síldarvinnslan hf is currently under construction in Neskaupsstaður.

Depending on size, the processing capacity of HPP factories ranges from 10 to 400 tonnes per day. In instances of installation on board factory vessels, production of the HPP plants can be expected to account for 7-10% of catch value, depending on whether the product is certified for human consumption.