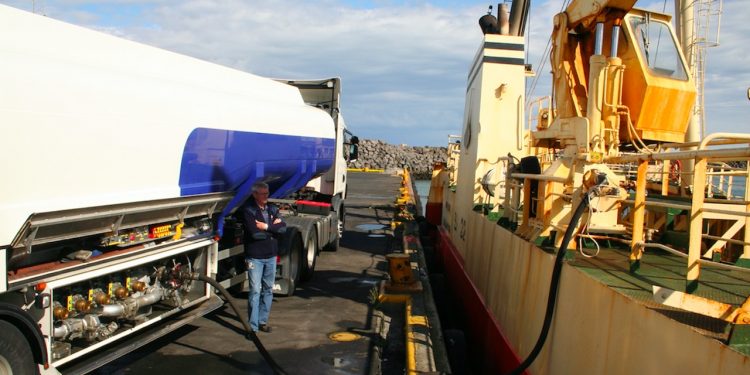 A result of the Russian invasion of Ukraine is the spiralling price of fuel that has hit the energy market, according to Norwegian industry body Fiskebåt, which has written to Minister of Fisheries and Maritime Affairs Bjørnar Skjæran to warn that some owners could opt to tie up vessels instead of fishing the quotas they have available.

Fiskebåt’s deputy director Jan Ivar Maråk warns that despite efforts to move in new directions, the fishing fleet has no real alternative to fossil fuels, and it at the mercy of international fuel prices. The fleet was paying around NoK5 per litre at the end of last year, which rose to NoK6.20 a week ago and this has since jumped to more that NoK10 per litre.

He points out that in addition to these rocketing prices, fishing companies are also subject to a CO2 tax and VAT on fuel.

‘The compensation scheme introduced to compensate for the increased CO2 tax for the fishing fleet covers on average around half of the CO2 tax of NoK2.05 per litre, but this will not be paid until the following year. The liquidity burden for fishing companies when bunkering can therefore be very substantial,’ Jan Ivar Maråk said.

He added that the fleet’s tax burden has already increased by around NoK130 million in 2022 as a result of the increase in the CO2 tax from NoK1.58 per litre to NoK2.05 – partially offset by the NoK50 million increase in the allocation to the compensation scheme.

‘The Government and Parliament have advocated that the various industries be compensated for increased CO2 taxes through relief in other taxes and fees, and Fiskebåt believes that this should be done through a further strengthening of the compensation scheme,’ he said.

‘Fiskebåt believes that the government should already now signal that in connection with the revised national budget they will propose to increase the allocation to the compensation scheme for the fishing fleet by NoK80 million in 2022.’

Fiskebåt points out that schemes have been introduced to protest electricity prices for Norwegian consumers, and states that if these extraordinarily high fuel prices continue, the government should consider measures to reduce the financial burden on vulnerable industries.

‘We believe that the regulations and the quota and structural schemes should be reviewed to remove obstacles that contribute to unnecessary fuel consumption in the fishing fleet. These could be measures such as quota exchange, quota lease schemes, area restrictions, and more – and these measures must be implemented quickly,’ Jan Ivar Maråk said.