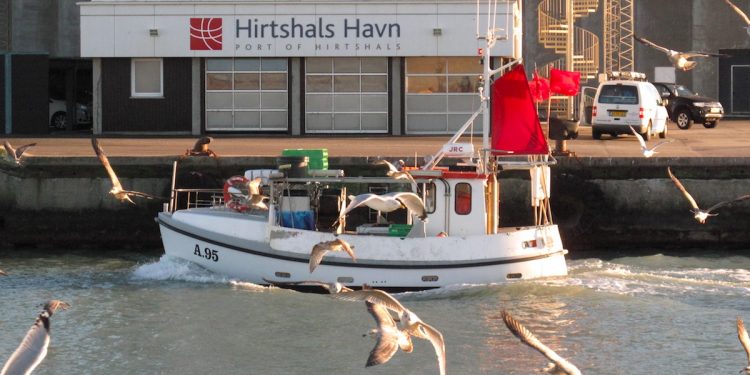 With a total value of DKK 1.46 billion, the Port of Hirtshals is back on top as Denmark’s primary fishing port.

The establishment of Hav Line’s salmon terminal, the largest of its kind in the world, and the commissioning of salmon harvester/carrier Norwegian Gannet have significantly boosted the port’s throughput of seafood.

Hirtshals has the largest concentration of salmon processors in Denmark, supplied by producers in Norway, the Faroe Islands, Iceland and Scotland, and 2019 has been the year when the port cemented its position as the centre of the salmon business in Denmark and a hub for processing and distribution.

Port of Hirtshals chairman Anker Laden-Andersen attributes this growth to a longstanding tradition of seafood production, a high skill level and the port’s unique location at the centre of the Scandinavian region.

‘The activities at the Port of Hirtshals have developed in a positive direction, if we look at 2019 in an overall perspective. Of course, it is particularly clear that we again have a leading position in the Danish fishing sector,’ he said.

Hirtshals has also seen growing activity in car and passenger transport as 760,000 cars came through the port in 2019, while there has been a marginal decline in cargo traffic – as has been the case at all of the region’s ports.

‘We have to some extent been influenced by external factors related to the minor European recession and in particular to Brexit. It is therefore conditions that we have no control over which have caused some stagnation. This only reinforces our grounds for continuing to develop the Port of Hirtshals as a North European logistics centre, as we become less sensitive to external factors with a wider palette, the chairman concludes,’ Anker Laden-Andersen said.

This year Smyril Line’s choice to expand traffic from the Port of Hirtshals confirmed the port’s position as a North Atlantic cargo hub with its new ro-ro route connecting Hirtshals, Tórshavn in the Faroe Islands and Thorlákshöfn in the south of Iceland.