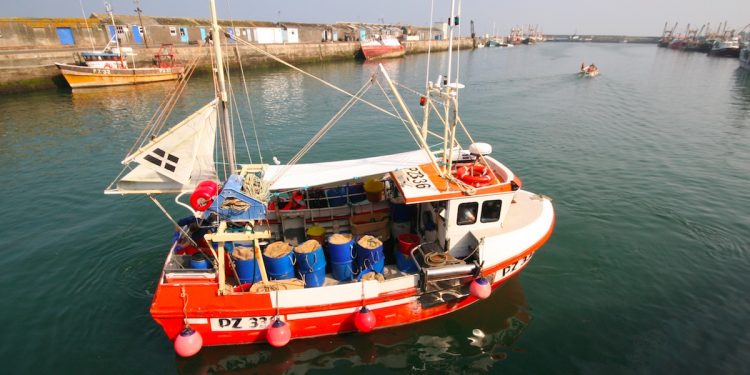 Six active fishermen from around the UK are joining the steering group of the Future of Our Inshore Fisheries project as it moves into its next phase.

The six all attended the Future of Our Inshore Fisheries conference in October last year, and they are expected to play a vital role in determining the next steps of the ambitious project, which aims to ensure that inshore fisheries, the marine environment and coastal communities are sustainable and thriving.

Alasdair Hughson from Kyleakin, Ned Clark from North Shields, Aubrey Banfield from Dorset, Joel Dunn from Plymouth, Brackan Pearce from Newlyn and Len Walters from Cardigan joined the steering group, which held its first meeting of 2020 in London in January.

The fishermen will attend future meetings on a rota basis, with at least two of the group in attendance each time the steering group meets, ensuring representation from active fishermen but reducing the number of days at sea lost by any one individual.

Others represented on the steering group include DEFRA, DAERA, the Marine Management Organisation, CEFAS and the Association of IFCAs. The steering group is chaired by Michel Kaiser, Professor of Fisheries Conservation at Heriot Watt University, and facilitated by Seafish.

‘This project has been led by the industry from the start and relies on the involvement, expertise and experience of active fishermen,’ Michel Kaiser said.

‘We had excellent representation from fishermen at the Future of Our Inshore Fisheries conference last year and we are delighted that Alasdair, Ned, Aubrey, Joel, Brackan and Len have stepped into a leadership role to help to shape this next critical phase.’

Set up in January 2019, the Future of Our Inshore Fisheries project aims to establish a blueprint for a collaborative management approach which will ensure that both inshore fisheries and coastal communities are sustainable and thriving into the future.

On the agenda for discussion at the first steering group of 2020 was the draft report which captures the views expressed at the conference and the common themes as well as determining an action plan of next steps. The steering group will provide an update in the near future.