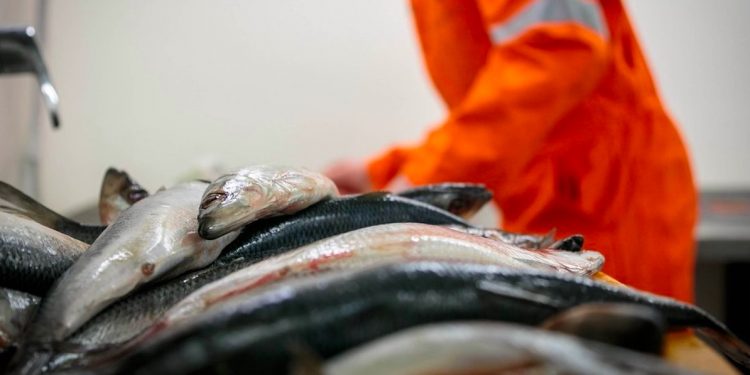 Warmer seas lead to less feed available for herring larvae, according to Reidar Torsen, a marine scientist at the Norwegian Institute of Marine Research, who states that since the turn of the millennium, there have been almost no strong year classes of Atlanto-Scandian herring.

In an article published in Fish & Fisheries, he said that with warmer sea temperatures resulting in less feed for herring larvae, they also grow more slowly and are more likely to become prey for other species.

‘Temperature has risen steadily in recent years, but after the year 2000 there have been almost no strong year classes. The exception is the 2004 year class which was quite strong. After that, recruitment has been poor. It’s almost like someone flipped a switch.’

Working with colleagues at the Institute of Marine Research, he has investigated whether there are more factors than temperature that can lead to poorer recruitment to the stock of Norwegian spring spawning herring.

‘We found that there has been less zooplankton. So there is less food for the herring larvae. They either starve or are eaten by other species because they are not strong enough to escape. We also see that the mackerel eat a lot of herring larvae,’ he said.

Spawning of Atlanto-Scandian herring takes place in three main areas; the Møre Bank, the Halten Bank and in areas outside Lofoten, and Reidar Toresen emphasised that fish are recruited for the spawning stock every year. In the past, the Møre spawning grounds were the most important.

‘It appears that spawning occurs to the same extent as before, but we see that a very large proportion of herring die as a larva and fry. The herring larvae drift along the coastal stream and eventually end up in the Barents Sea. We have recorded that juveniles from the central and northern areas, Halten and Lofoten, perform best during the first phase of life. It is in the south that we have observed the greatest decrease in plankton volumes. This is a new situation, and we are still waiting for a big year class that can again lift the stock,’ Reidar Toresen said.