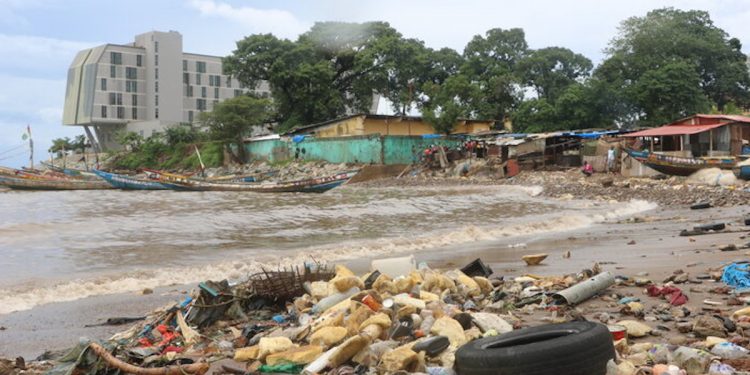 A community of around 800 fishermen, fish processors and fishmongers in Kouléwondy district of the Guinean capital of Conakry have been holding out against attempts to displace them from the site that has been a centre of the fish trade for a century.

The efforts to move them on have escalated to the point that security forces have used tear gas in an attempt to clear the site, which Mangalis Hotel Group, which built the nearby Hotel Noom three years ago, wants so it can extend its car park.

Following the tear gas incident, the community contacted Guinea’s Fisheries and Maritime Economy Minister, who initially denied any knowledge of the situation, before subsequently claiming that the fishing community had been informed that the area should be vacated – while the fishing community is adamant that no such information was made available to them.

They claim that fish processors have been asked to move to another site that is already occupied and where the are not enough smoking kilns, while the fishermen state that they have been told to move on, but without being offered an alternative landing site.

The community has been sleeping on board pirogues and in their processing facilities, to keep at bay the bulldozers that are already clearing the ground and flattening the community’s facilities.

According to the Coalition for Fair Fisheries Arrangements (CFFA), local sources report that the landing and processing infrastructure was built in the 1990s with EU support, but the government then sold the site to the Mangalis Hotel Group, a subsidiary of Teyliom International Holding for the hotel expansion.

‘This eviction goes against the the Voluntary Guidelines for securing Small Scale Fisheries in the Context of Food Security and Poverty Eradication to which Guinea subscribed, along with all FAO member states,’ said CFFA co-ordinator Beatrice Gorez.

She commented that depriving artisanal fishermen and women fish processors of their traditional landing and fish processing site will have a detrimental impact on these coastal communities’ livelihoods as well as on food security.

‘In Guinea, artisanal fishing and traditional processing provides food for the poorest sections of the population. CFFA calls for this eviction process to be immediately suspended and for the interest of Guinean coastal communities to be fully respected in line Guinea’s international commitments,’ she said.

According to Francisco Mari of Bread for the World, the 2012 FAO Voluntary Guidelines on the Responsible Governance of Tenure of Land, Fisheries and Forests in the Context of National Food Security requires that governments respect the human rights of communities.
‘Governments are now recommended to get always the prior consent of communities and professionals before investments are realised.’ he said.

‘We condemn this approach of the investor Mangalis Hotel Group, subsidiary of the Teyliom International Holding, of removing people from their traditional working site for the enlargement of their hotel,’ Francisco Mari said.

‘Our solidarity is with the women and men of the Conakry artisanal fishing sector fighting for their rights and we ask the Government of Guinea to come back to mediate and stop any violence.’ 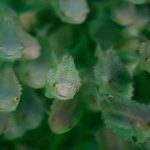