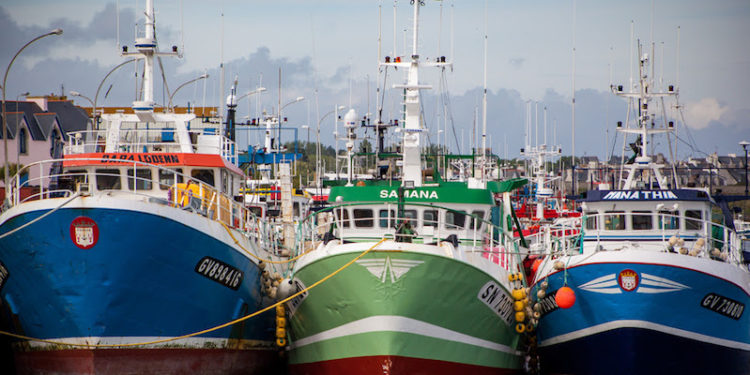 The European Commission has proposed the new European Maritime and Fisheries Fund (EMFF) as part of the package of the Multiannual Financial Framework (MFF). The new fisheries fund will cover the budgetary period 2021-2027 with a financial envelope of €6.14 billion.

This 5% drop compared with the current EMFF budget (2014-2020) compensates mainly for the upcoming Brexit gap in the EU budget. Europêche wants to see co-legislators adopt the new fund before the end of the current legislative term, increase the budget allocation for sustainable fisheries, ease access to funding for all fishermen and enlarge the scope of the priorities proposed by the Commission.

The EMFF proposal aims to provide a modern, fair, simple and flexible fund for fishermen. The fund will support the achievement of the environmental, economic, social and employment objectives of the CFP, enable the growth of a sustainable blue economy, foster prosperous coastal communities, support data collection and control and strengthen international ocean governance.

A few months ago, the European fishing industry represented by Europêche voiced concerns over the lack of implementation of the current European Maritime and Fisheries Fund (EMFF) 2014-2020. Today, more than four years after its adoption (15 May 2014), only 11% of the fund has been spent by the Member States for reasons that are beyond the industry’s control.

‘Now that the new EMFF has been proposed, we urge co-legislators to find an agreement on the text before the next European elections (May 2019) to facilitate a smooth transition to the next budgetary period that will start on 1st January 2021,’ said Europêche President Javier Garat.

‘Member States will need precious time to draw up their national operational programmes, specifying how they intend to spend the money. We should learn from past errors; delays similar to the ones experienced at the beginning of the current 2014-2020 budgetary period would be catastrophic for our fishermen and coastal communities.’

The proposal aims to simplify the EMFF fund, moving away from rigid descriptions of financing possibilities and eligible measures. Member States draw up their programme indicating the most appropriate means for achieving the priorities set in the EMFF. However, the European Commission only refers to small-scale coastal fishing when proposing important measures such as the promotion of skills, knowledge, innovation, investments and modernisation of the fleet.

‘We regret this short-sighted approach and call for the prioritisation of these actions across the entire EU fishing fleet. In addition, the definition of small-scale coastal fishing is not appropriate and should be revised,’ Javier Garat said.

As employers’ representative in the EU Social Dialogue Committee for Sea Fisheries, Europêche welcomes the financial support for improving health, safety and working conditions on board fishing vessels. However, these were also identified as a priority only for small-scale coastal fishing. In addition, the vital support for social dialogue and training which were at the core of the former fund has been removed from the text. The sector believes that the funding for the latter was essential to alleviate one of the main ongoing problems in the sector; the shortage of qualified professionals.

Europêche welcomes that the new EMFF may support the temporary and permanent cessation of fishing activities.

‘The latter is particularly useful for fleet segments where fishing capacity is not balanced against available fishing opportunities. Such a tool would allow for the adjustment of fleet segments with identified structural overcapacity,’ commented Javier Garat, adding that one of the priorities of the new EMFF is the contribution to food security in the Union through competitive and sustainable aquaculture and markets.

‘While acknowledging the role of these actors, European aquaculture currently account for only 20% of the total seafood produced in the EU. For Europêche, our frustration is not only for the lack of recognition of the fisheries sector as the main contributor to food security in Europe, but also for the European Commission’s lack of interest in providing conditions for economically viable and competitive fishing under this priority. ‘

Within the context of EU international commitments, in addition to the EMFF, €990 million has been earmarked for Sustainable Fisheries Partnership Agreements (SFPAs) and Regional Fisheries Management Organisations (RFMOs). This is a €87 million increase compared with the previous period.

‘Europêche applauds the financial strengthening of the external dimension of the CFP since SFPAs constitute a benchmark for the management of international fisheries policies and RFMOs guarantee the sustainable regulation and control of fishing in the high seas,’ he said.

‘Finally, the industry appreciates the continuity of the financial support for key actions such as data collection, fisheries control and enforcement which should be used to monitor the entire fisheries value chain.’

‘Europêche will advocate throughout the whole legislative process a flexible and simplified post-2020 fisheries fund, with a larger budgetary allocation and less bureaucracy, allowing its full use from the very beginning of the new financial period.’